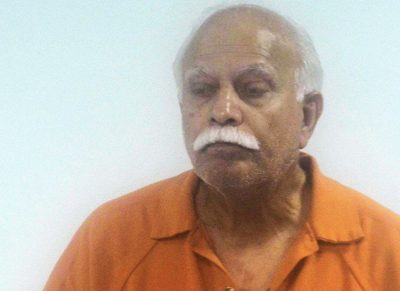 A greedy and extremely unethical Virginia gynecologist has been found guilty of submitting false insurance claims after performing what authorities described as unnecessary surgeries on women including hysterectomies and tubal ligations.

The Justice Department said in a statement Monday that a federal jury convicted Javaid Perwaiz on 52 counts related to his defrauding of health insurance programs and falsely telling his patients they needed surgeries.

The Chesapeake doctor had pleaded not guilty. He could face up to 465 years in prison. Sentencing is scheduled next March 31.

Federal prosecutors said last year that many of the procedures Perwaiz performed were unwanted, and that 173 women had come forward since his arrest to report similar experiences, including repetitive surgeries they never asked for. Prosecutors said he performed the surgeries “for his own financial gain.”

Authorities said Perwaiz billed private and governmental insurers millions of dollars for irreversible hysterectomies and other procedures that were not medically necessary. Perwaiz sometimes would falsely tell his patients they needed the surgeries to avoid cancer, they said. He also billed insurers hundreds of thousands of dollars for diagnostic procedures he never performed,

Councillor asks Minister to intervene in restoring water to Tableland 0