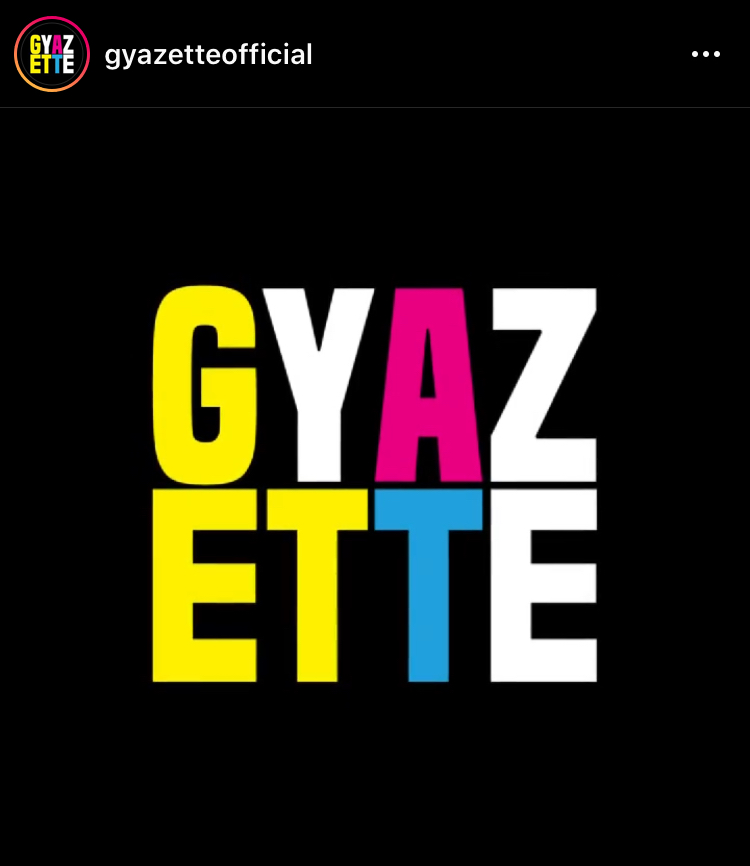 The music of ‘Gyazette’ will return this month with ‘Abina’, the first of several singles being released in the lead up to an Extended Play (EP) music project entitled, ‘Evolution’.

Gyazette’s signature sound will be revolutionized through the vocals and lyricism of interdisciplinary artist and musician, Nickolai Salcedo. His new sound will be amplified with music production, mixing and mastering by his creative collaborator and brother, Joshua “Supayouth” Salcedo.

In music, Salcedo considers himself a “collector” who listens to a very wide range of genres. For his upcoming EP Evolution, his main challenge was creating music that could strike a middle ground between all his influences, which include: Kaiso, Soca, Ballads, Stadium Anthems, Pop, Musical Theatre and Cinematic instrumentals.

In an exclusive Black Collar Creative interview for this project, Salcedo confirmed that he has now adopted the band name as his performance alias.  He promised that as ‘Gyazette’, his new sound and all new music will retain the familiar grittiness of his lead vocals and unapologetic musical commentary.

“Abina is a warrior woman and she does not tolerate disrespect from anybody,” he assured.

“I wrote the song thinking of the general environment of violence and abuse towards women and the more vulnerable in our society. The more I thought about it, is the angrier I felt. I have many women in my life, and I hate to think of the fact that our society is not safe for them. ‘Abina’ was that anger come to life. The decision to make her a warrior came as a direct response to the war being waged on women and their bodies,” he shared.

On ‘Abina’, Gyazette revisits old stomping grounds, setting the scene for listeners back to the crowded bars where he used to perform. Through raspy vocals and danceable, up-tempo beats, the story of ‘Abina’ is told as a woman channeling the warrior and ‘jammette’ spirit – out of patience and energy to deal with the unwanted advances of a man she does not know. “No” is not enough for the man in this story, and when Abina tries to exit the situation, the man grabs her by the arm getting even more inappropriate.

Gyazette’s new EP will explore a new fusion sound through the talent of creative collaborator Joshua “Supayouth” Salcedo, which will forge a new genre of music combining some of the old and more of the new.

“My brother, Joshua stepped in to produce the new Gyazette and we have been on the craziest adventure crafting the sound. As someone who used to play with the band from time to time, ‘Supa’ was the perfect person to step in and produce as he was already intimately familiar with the emotional and musical pulse of Gyazette’s music.”

The switch to a more contemporary sound and an approach focused on studio-driven creation is a sensible pivot for musicians and producers in the new creative economy.

“(Joshua also) wanted me to step away from the guitar for a bit.He saw that after years of playing the guitar as Gyazette’s front man, the instrument had become a prop for me. I had to put it down,” he revealed.

Gyazette’s lead single ‘Abina’ was released on June 11th on all platforms.

All information related to the EP ‘Evolution’ is available from Gyazette’s official Instagram linked above.