Guyanese authorities have notified officials in Trinidad and Tobago (T&T) to be on the lookout for a boat containing human bodies which disappeared after it was found floating offshore Guyana on Monday.

Guyana’s Ministry of Public Works in a statement last night said that it is possible that the boat might have drifted to T&T due to the direction of the ocean current.

According to the Ministry, the Maritime Administration Department (MARAD) has published a navigational warning through the US National Geospatial-Intelligence Agency (NGA) requesting vessels to be vigilant for a boat adrift and to report same if there is any sighting.
Emails were also sent to several sister organisations seeking their assistance in identifying the boat and the remains of those on board, the statement said. 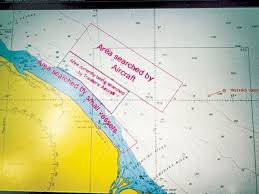 Following the discovery of the vessel, an inter-agency task force comprising members of the Guyana Defence Force coast guard and the Maritime Administration Department (MARAD) was established to conduct investigations.

It was initially stated that efforts were being made to have the boat towed to shore.

However, Minister of Public Works Juan Edghill, during an emergency press conference on Tuesday night had reported that the authorities had lost sight of the boat.

He had added that efforts have been expanded to locate the vessel and have it brought to shore.

However, despite a number of searches, the boat has not yet been located.

According to the statement, the Guyana Defence Force (GDF) have so far executed three reconnaissance flights over the initial probable area and the expanded search area but the boat was not seen.

“One vessel that was operating offshore was directed to the area of the boat’s estimated position on Monday night. It spent several hours on Tuesday searching the probable area of the boat’s tract, but the effort was futile. This vessel has since returned to Port Georgetown, but its owner has several other vessels operating in the general area, and they have been advised to look out for the abandoned boat,” the statement explained.

“Two fast boats with two (2) – 200 HP engines each, left Morawhanna yesterday morning with a team that included members of the Guyana Police Force and the Guyana Defence Force. They executed search patterns offshore and inshore, that encompassed the area from the Western Boundary of Guyana’s maritime border all the way to Anna Regina, Essequibo Coast,” it added.

A vessel with an officer and ranks from the GDF Coast Guard is still at sea searching for the boat. “They also haven’t reported any sighting of the abandoned boat,” the Ministry noted.

Edghill had said on Tuesday night that it has been established that no Guyanese vessel or sea crew is missing. Surinamese counterparts were also contacted but there have been no reports of any missing crew or vessel.

With the unfavourable weather patterns at sea, Egdhill noted that it is unclear what has happened. He pointed out that there are possibilities that the boat could have sunk or drifted in another direction.

There are no visible markings indicating the origin of the boat.

Director of Safety at MARAD, Captain John Flores, had explained that from the pictures seen, it appears as if the boat with the deceased bodies has been drifting for some time.