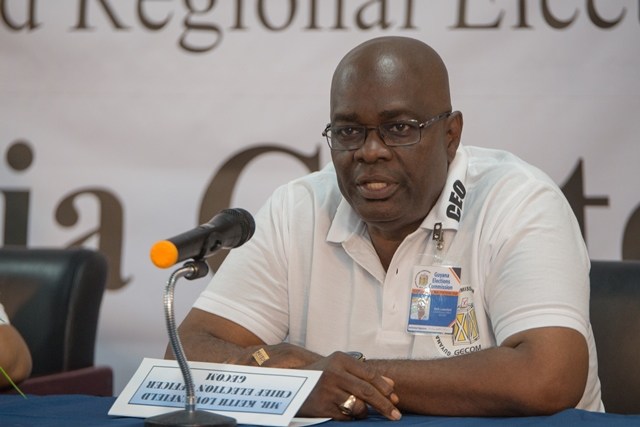 Guyana’s Chief Elections Officer Keith Lowenfield was arrested as part of an ongoing probe into alleged electoral fraud at the March general and regional elections.

According to the Jamaica Observer, Lowenfield was arrested on Saturday.

Several allegations were put to him in the presence of his Attorney.

The Guyana Police Force said that after being told of the allegations, Mr Lowenfield exercised his right to remain silent.

Thereafter, a confrontation was held between him and a witness.

The Chief Elections Officer was released on station bail on the “condition that he reports to the Criminal Investigations Department (CID) Headquarters on Monday.