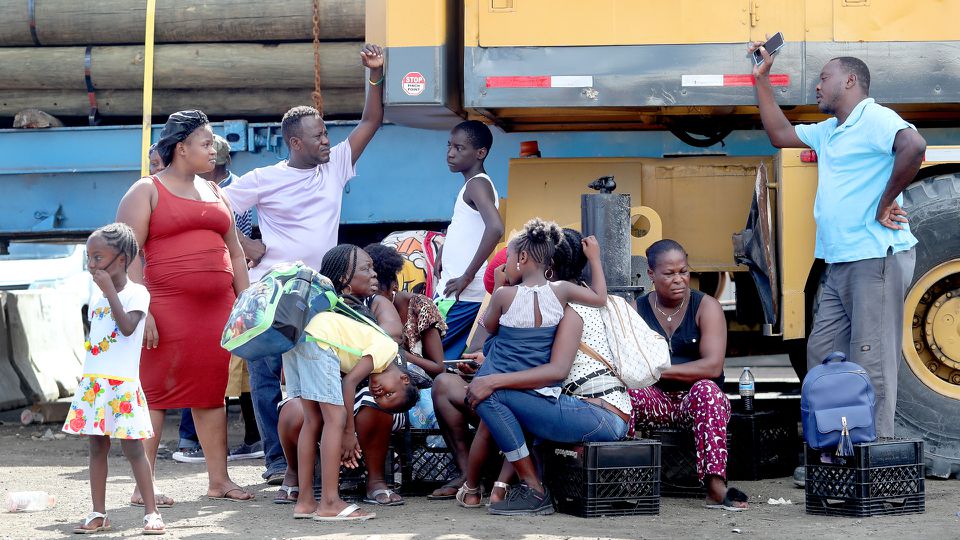 The Guyana government has signaled its intention to impose visa requirements targeting nationals from Haiti and Cuba as the country grapples with an influx of illegal migrants.

Last weekend, the authorities announced that an investigation had been launched after 10 Haitian children were found in a hotel room.

According to a government statement, the children, five boys and five girls, did not have in their possession passports or any other form of identification.

When questioned by police, one of the children said they were transported to Guyana from neighboring Suriname by speed boat and were dropped off at the hotel on, June 14.

Attorney General and Minister of Legal Affairs, Anil Nandlall, has confirmed that there have been several instances where Haitians, Nigerians and Cubans have been detained after they were found to have entered the country, illegally.

“We have to tackle this issue once and for all,” Nandlall said on a program, streamed live on his Facebook page on Tuesday night. He said Guyana would not be doing anything that other Caribbean countries have not done.

“Only three countries now in the Caribbean have a visa-free immigration policy in relation to Haitians. All the others had to put in place visa requirements because of the same thing. Guyana is moving in that direction,” he added.

The Attorney General said it was important for Guyana to adopt a position that would prevent the country from being used as an international smuggling transshipment point.

“They enter Guyana and they do not remain here. Very few leave through the channels they came. These people are being smuggled; Haitians, Venezuelans and Cubans but mainly Haitians,” Nandlall said.

During the program, Nandlall recalled the discovery of 10 Haitians at the hotel last week, noting that while many of these persons do not stay in Guyana the government does not intend to turn a blind eye to the situation.

He said that Brazil has already expressed concern about the situation and that the Suriname government has also shared intelligence which suggests that the racket extends to that neighboring Republic.

Nandlall said that Guyana has already engaged the Cuban Ambassador that people, including children, were being trafficked to various parts of the world.

Nandlall said even with the relevant international agencies being notified, there may be other domestic challenges to its position to impose visa requirements, including allegations of racial discrimination from the political opposition.

“For them, it is not about protecting the borders or enforcing Guyana’s laws… it’s about black people, Africans, that’s the only card will play on the table and we have no doubt what I said will attract that same response,” he added.

Many CARICOM countries have imposed visa restrictions on Haitians even though the French-speaking country is a full member of the regional integration grouping and a signatory to the CARICOM Single Market and Economy (CSME) that allows for the free movement of goods, skills, labor and services across the region.

As a result, Haitians do not enjoy the automatic six-month stay on entry to other CARICOM countries.

Countries Where New UK COVID-19 Variant Has Been Identified 0