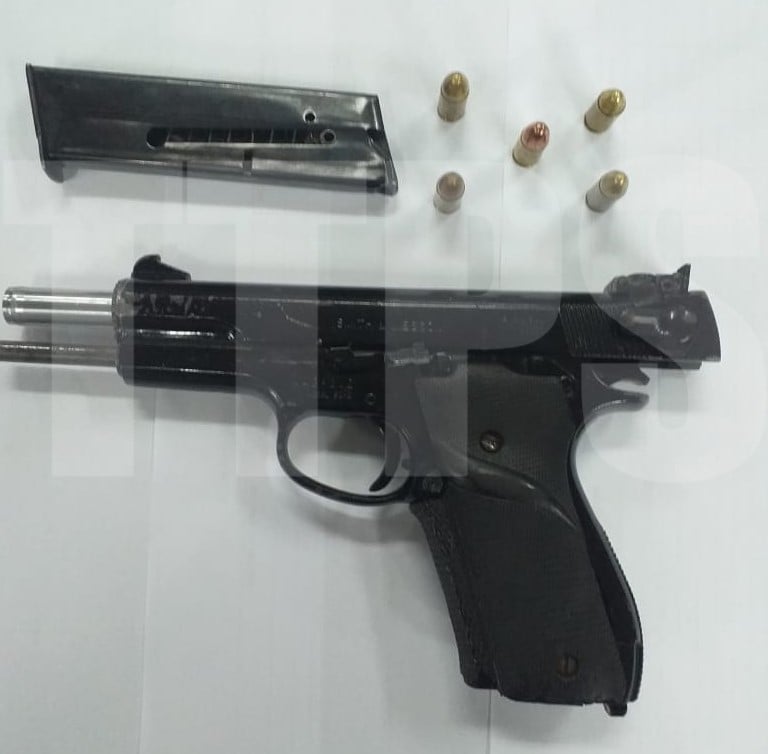 Police found and seized two firearms and a quantity of ammunition during anti-crime exercises conducted in the Southern Division on Tuesday 5th January, 2021.

Around 11.15pm yesterday, whilst in the La Romaine area, PC Eligon and PC Young of the I.A.T.F. received information and proceeded to a garbage heap located at Charles Street, La Romaine. A search was conducted and one Smith and Wesson pistol, fitted with a magazine containing five rounds of nine-millimetre ammunition were found and seized. The items were conveyed to the San Fernando Police Station.

In a separate incident, police searched a blue metal trash bin situated on Ethel Street, La Romaine, where and one Glock 19 pistol with a magazine was found and seized.
Investigations are continuing.