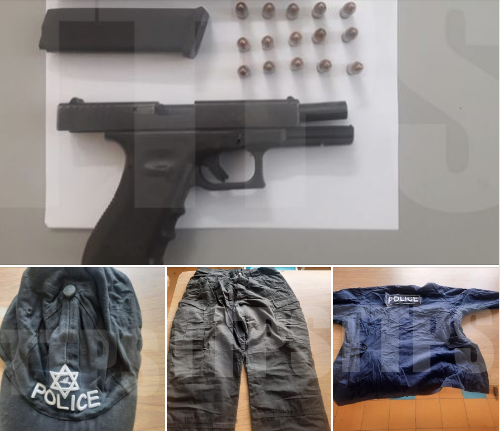 Police seized a gun, ammunition, and a Police tactical uniform during an Operation Strike Back exercise which was conducted in Fyzabad, during the period 3 am to 7 am today.

During the exercise, officers proceeded to a house located at John Jules Trace, Fyzabad, where a search was conducted. The officers found one Glock pistol with 15 rounds of nine-millimetre Luger ammunition, along with two magazines. The officers also found a Police tactical uniform and hat, which were buried in the bushes at the back of the house.

A man who was arrested in connection with the seizure is currently assisting the police with further enquiries.

The exercise was coordinated by Snr Supt Neil Brandon John, supervised by Insp Simon and led by Sgt Sobie of the Fyzabad CID and Cpl Gunness of the SWDTF. Also present were officers of the SWDTF, Canine Unit, and Oropouche Police.

Legislation on H-1B Visas Introduced in US Congress 0

12 Ways to Show Love While Being Frugal 0