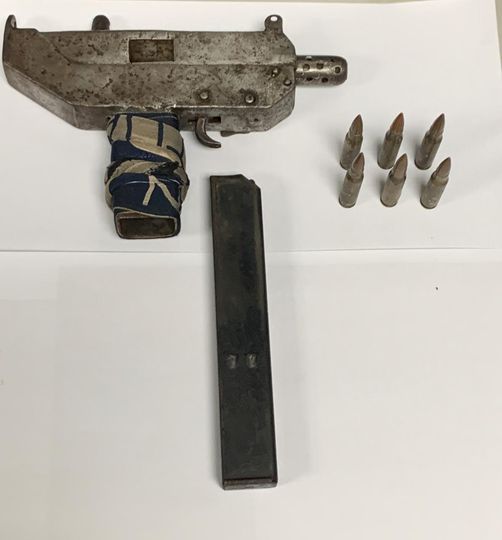 Guapo Police are asking anyone with information on the owner of an Uzi and a quantity of ammunition found in the savannah at the Vance River Village, Guapo, yesterday to contact them immediately at 642-2403.

Acting on information received on January 2nd, a party of officers went to the Vance River Village, Guapo, in the vicinity of the savannah, where they conducted a search and found a black plastic bag under a chair, in an unsecured garage.

When officers opened the bag, they found one silver Uzi with a magazine containing six rounds of 7.62 ammunition.

The firearm and ammunition were immediately seized as PC Bowen, of the Guapo Police Station, continues investigations.

If you have information on the finds, you can also report anonymously via the police hotline 555, CRIME STOPPERS at 800-TIPS or via the TTPS App