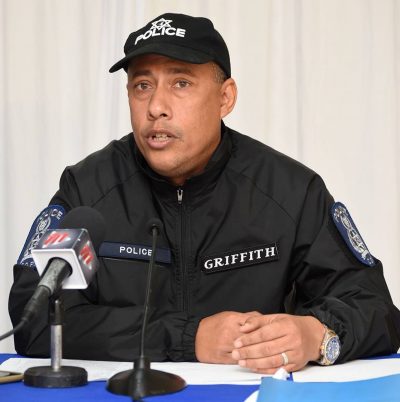 Commissioner of police Gary Griffith comes out swinging against what he described as persons in ‘strategic positions’ saying that ‘he would not allow detractors to stop him from quelling what he called a virtual war in Trinidad and Tobago.

The COP was responding to the call by the Opposition for amendments to the Bail Bill (No. 2) of 2019 which proposes the imprisonment of people found with an illegal firearm for up to 120 days without bail the option including a first offence.

The Commissioner stated via a release: “What we are experiencing now is a virtual war. The difference here in this war is that the rules of engagement are one whereby the enemy is trying to kill us and those we try to protect. When we try to protect them and ourselves by shooting back with accurate shots, we are condemned. We are attacked based even on what we wear.”

He focused in a thinly veiled direct assault on the Opposition: “Politicians who when in Government, saw it fit to tilt the scales of justice towards law-abiding citizens, but when they go on the other side of the Parliamentary bench, get a change of heart and fight for the rights of criminals to be free, even if held with weapons of war.”

And also referenced the recent bail granted to three alleged gang members who got bail and are back on the streets: “In our armed conflict, which is a virtual war zone, when we actually capture the enemy of the state, after being charged with gang activity and having firepower to kill hundreds in seconds, unlike prisoners of war who remain incarcerated until the armed conflict ends, we are directed to release them immediately, so they can go back unto the killing fields to lead their troops or be re-issued with assault rifles to turn again at our law enforcement officials in the war zone. Then when the murder count rises, the Police is blamed.”

He ended by vowing to win the fight of good over evil and win back Trinidad and Tobago for all Law abiding citizens:
“Regardless of the few detractors, and those who are in strategic positions to undermine what we are trying to achieve, including those in and out of uniform, I give the assurance that good would overcome evil.”