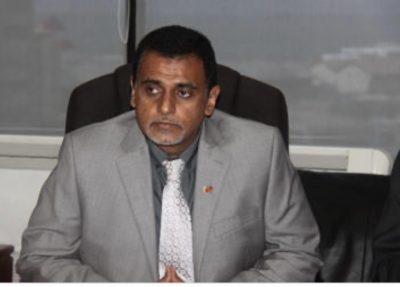 On October 19th 2018, the small Arima community of Greenvale became the epicentre of relief and rescue efforts in Trinidad & Tobago, when the entire residential community became almost submerged by flood waters on that fateful Friday night. Many residents were stranded and some could not even get to their homes when water levels began quickly rising after torrential rains. Water levels reached as high as nine feet in some homes, and desperate residents climbed up to their rooftops to preserve their lives. This as the entire country looked on at videos on social media in horror and dismay. The army and local government authorities mobilised rescue efforts which where thwarted by the intensity of flood waters. IzzSo media spoke to several residents who say that one year and millions of dollars in losses later they still do not feel safe and many would prefer to be relocated.

Racheal Joseph spoke of the horror of that night for her husband and son who were trapped in their home with fast rising flood waters.

She also said her family is thankful for life but incurred hundreds of thousands of dollars in losses, and only received 15 thousand dollars and basic repair works for their badly damaged home.

One year after the floods of October 19th 2018, Greenvale resident Denish Lachan recounted the terrifying experience of the night of the flood in Greenvale and the fact that he still has nightmares and any rain or bad weather sends many families in Greenvale into a panic about their safety.

He said he and his family also lost hundreds of thousand of dollars worth of items and a vehicle which was completely submerged by the floodwaters and would also prefer to be relocated or at least get a sense of what safety or evacuation mechanisms are in place for residents. He said his family simply does not feel safe in the area after what happened.

Works & Transport Minister Rohan Sinannan in response said that a lot or work has been done since October 19th 2018, in Greenvale and residents can rest assured that the events of that night are very unlikely.

The minister also said the with the systems now in place, even if there is substantial rainfall in the area, the drainage systems and berms around the area will give residents much more time to safely evacuate the area.