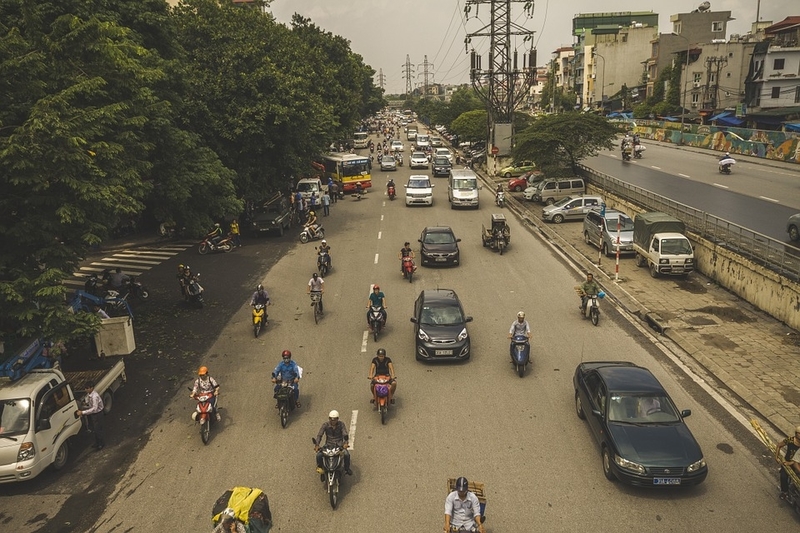 Vietnam warned its people on Tuesday to limit outdoor activities because the air quality in the Southeast Asian country has persistently been at “unhealthy” levels for days.

The levels of hazardous small particles known as PM2.5 in the air at the country’s two largest cities, Hanoi and Ho Chi Minh City, have been rising persistently since early last month, exceeding “Vietnamese standards”, the government said in a statement.

The government blamed the pollution on low rain and farmers burning rice crop remnants after the harvest to prepare for new plantings.

Coal is also widely used for power generation in the country.

The World Health Organization (WHO) recommends an air quality standard for PM2.5 of no more than 10 micrograms per cubic metre.

Such pollution could become a political issue in Vietnam, where protests have been held in the past against the degradation of the environment.

Communist-ruled Vietnam tolerates little dissent and protesters and activists are often prevented from gathering or charged with “causing public disorder”.

“Local people, especially children, the elderly, pregnant women and people with respiratory issues should refrain from traffic and outdoor activities,” the government said in the statement.

PM2.5 levels are forecast to stay high over the next days, particularly at night and early in the morning, it added.

“People should wear masks and goggles when going outdoor,” the government said in the statement.

Similar slash-and-burn farming practices have also led to forest fires in Indonesia that have created a choking haze across Malaysia and Singapore in recent weeks.

Brace for COVID spike as PM warns masks may return 0