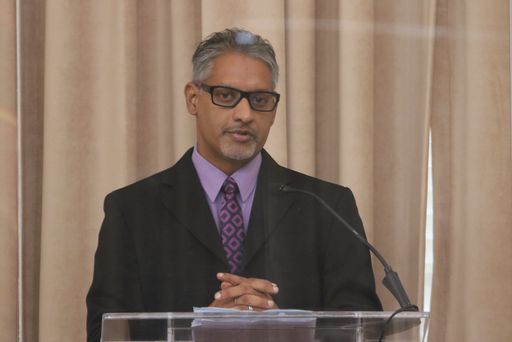 Gov’t To Oppositon: Health Ministry Has No Objections To Dr Abdool-Richards Serving On State Boards

The Leader of Government Business in the Senate, Clarence Rambharat, reveals the Ministry of Health has no objections to the appointment of the Principal Medical Officer – Institutions, Dr. Maryam Abdool-Richards, serving on three state boards.

Mr Rambharat made this position known during the question and answer period in the Senate on Tuesday. He was at the time responding to a question posed to him from Opposition Senator, Wade Mark.

Mr Mark wanted to know, from the Minister of Health, whether Dr. Maryam Abdool-Richards received formal approval from the Ministry of Health and the Public Service Commission to serve on said State Boards.

Mr Rambharat told the Senate the Ministry of Finance after checking with the relevant authorities, the Public Service Commission has no statutory or regulatory role of any kind in the appointment of public officers to state boards.