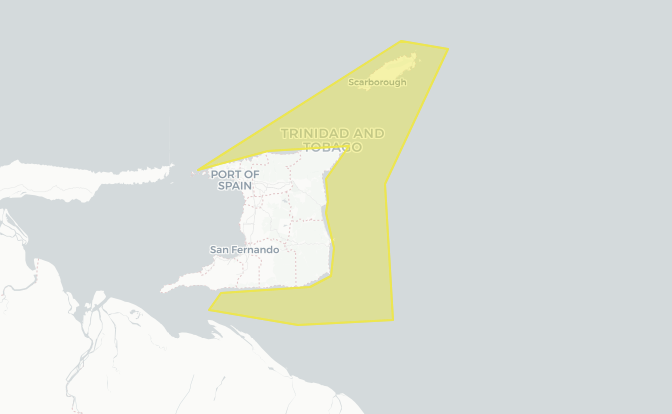 The Ministry of Rural Development and Local Government says an Active Tropical Wave, East of the Southern Windward Islands on its present course, is expected to move across the Windward Islands during Wednesday and Thursday.

It said the Met Service has informed that at present Trinidad and Tobago is expected to be affected by unstable weather conditions including periods of heavy rain fall with strong gusty winds in excess of 70km/hr.

In a media release on Tuesday, the Minister of Rural Development and Local Development said there are risks of street and flash flooding and river and riverine breaches.

The Minister of Rural Development and Local Government, Faris Al-Rawi,  Tuesday conferred with his Ministerial Colleagues Marvin Gonzales, Minister of Public Utilities, Fitzgerald Hinds Minister of National Security, Rohan Sinanan Minister of Works and Transport on the issue of preparedness and thereafter convened a meeting with the Chairmen, Chief Executive Officers and Disaster Management Units of all 14 Municipal Corporations.

At these several meetings, a call was made to engage all preparatory procedures in anticipation of the potential for adverse weather.

This call included ascertaining the status and readiness of all assests in each corporation needed for relief efforts as well as identifying areas of concern that can cause flooding.

Members of the public are encouraged to reach out and communicate with the DMUs of all 14 Corporations to report issues that may lead to blockage of roadways and water courses and/or which may pose a risk to life and property.

Members of the public are also reminded to approach their respective Corporations for distribution of sandbags if necessary.