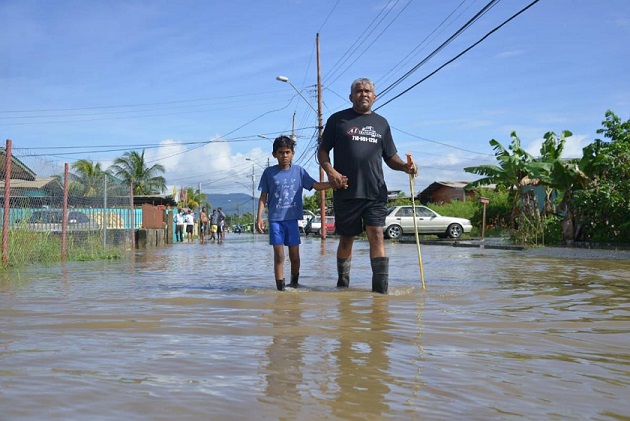 Gov’t: $2 million mainly for food, more help on the way

The Office of the Prime Minister wishes to reiterate that the $2 million dollars given for the humanitarian relief efforts, to assist those affected by last week’s flooding, is “is mainly for food, cleaning materials and other basic needs in the short term.”

The Government is advising the public that that they are awaiting “the assessment of the damage caused by extensive flooding” as they are aware that the waters have not yet receded completely.

In a press release, the Government has confirmed that further assistance will come after the ongoing evaluation process is completed. The initial funding was released as other assistance to affected households is usually distributed after all flood waters have receded.

In the release, the Government noted a possible hidden agenda by certain factions as a result of its relief efforts and rejects the implications of such an attempt.