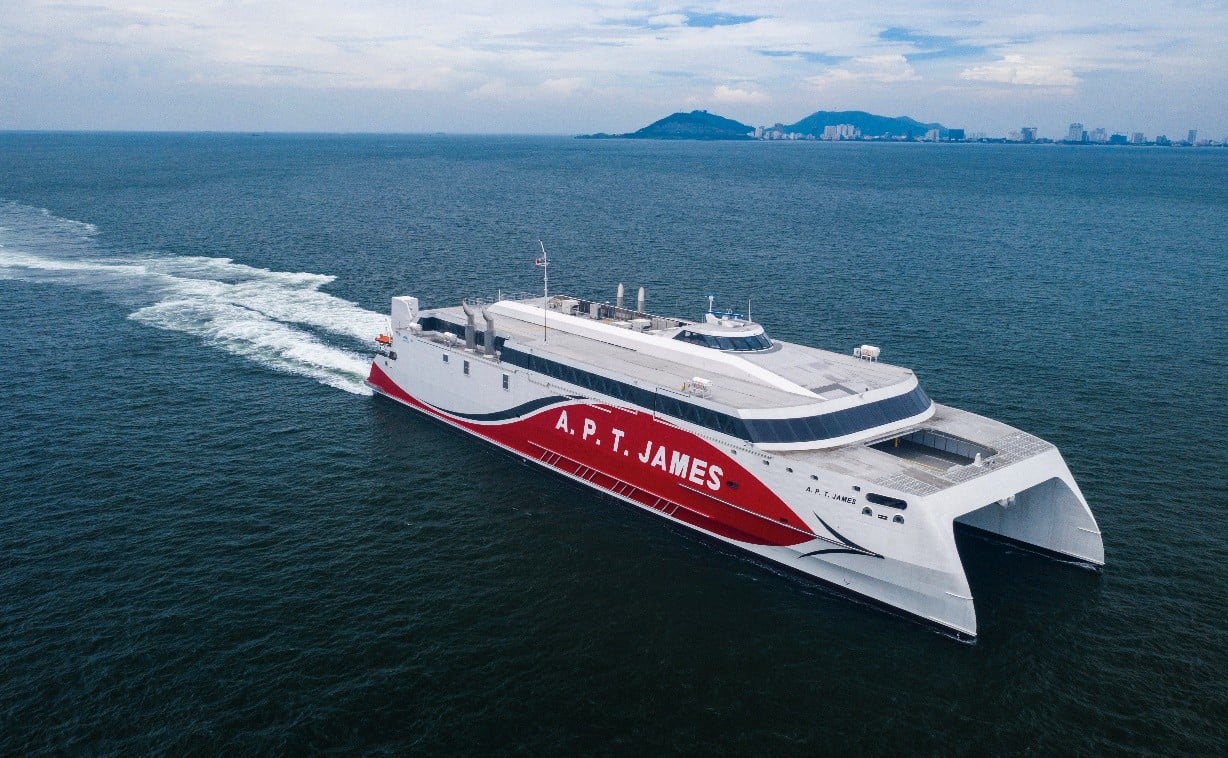 The National Infrastructure Development Company (NIDCO) has announced that the new passenger ferry the APT James was officially handed over to government last night.

The 94-metre custom designed vessel was received by representatives acting on behalf of NIDCO around 10pm.

The APT James, which will be used for the T&T sea bridge, can hold 926 passengers and 250 cars, powered by travelling at speeds up to 37.5 knots.

NIDCO says the vessel features the latest in Austal’s smart-ship technology, including advanced Motion control system to deliver a more comfortable and stable ride for passengers and crew.

It did not state when the ferry will arrive in T&T.

Queen Latifah on Becoming Ursula for ‘The Little Mermaid Live!’ 0