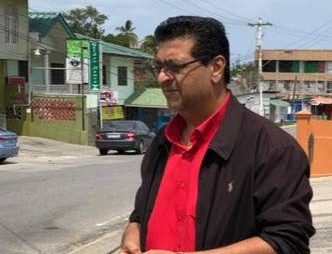 Member of Parliament for Mayaro, Rushton Paray, is suggesting the government should use the resignation of Deputy Procurement Board Chairman, James Chang Kit as an opportunity to upgrade the relevant legislation.

MP Paray says the resignation of Mr. Chang Kit is the latest national condemnation of the watering down of the Public Procurement and Disposal of Property Act.

In a media release MP Paray says the amendments to the legislation have now been denounced by a wide cross-section of independent and conscientious nationals.

The Opposition MP says Prime Minister Dr. Keith Rowley should instruct Attorney General Faris Al Rawi to draft amendments that would have the effect of making the legislation modern and effective.

MP Paray says failure to do so would not only cheat taxpayers of precious money through corrupt means, but would deny Trinidad and Tobago of vital Foreign Direct Investments.

The Mayaro MP says the World Bank recently revealed the results of an international study, which found countries with best procurement practices, attract the most FDIs.
MP Paray claimed the PNM Government has not obtained a single FDI in its five and a half years in office.