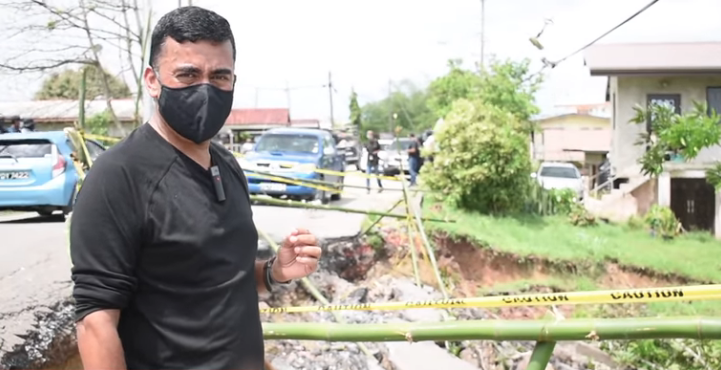 The PNM government has been accused of discriminating against people based on their geographic location in Trinidad and Tobago.

The accusation was made by MP for Oropouche West Dave Tancoo.

During a protest in Timital, San Francique on Saturday, Tancoo alleged that Works Minister Rohan Sinanan was depending on ordinary citizens to patch roads.

He said, “While they fight us down and they deceive democracy in the Parliament, they cannot do that outside here because the voice of the people is the voice of God.”

Tancoo claimed that if Sinanan and Rural Development and Local Government Minister Kazim Hosein lived in the area, the roads would be repaired quickly.

He said, “This is geographic discrimination,” and added “This government hates the south but we are taxpayers too. This must stop now.”

Mayhroo called for Sinanan to resign if the road and other infrastructural problems in the area were not fixed in two weeks.