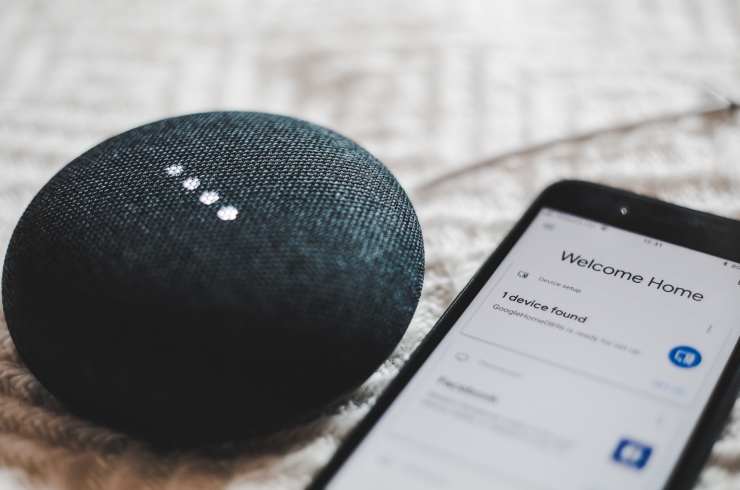 Google NEST Wants its Software in Every Part of your Life

Google is once again trying to enter your home with new Nest products designed to make any home a smart home. From the bedroom to the living room, Google hopes to provide all the connectivity and information you need.

Back in 2014, Google acquired smart home hardware manufacturer Nest. Google has since incorporated the brand into its own hardware division and is now releasing new products under the Nest name.

The Nest WiFi system consists of two devices, a Nest WiFi router that connects to a modem and a Nest WiFi point that expands the router’s coverage area. Both hardware devices create a single WiFi signal that extends beyond what a single router could produce. So those hard to reach corners in your home or office need not have terrible internet. Other WiFi points can be added to further expand the network for larger homes or offices.

The Nest WiFi point also has a built-in speaker with the Google Assistant. So, the device can play music and answer questions just like a smart speaker, while delivering good internet coverage.

The new system provides up to 2x the speed ad 25% more coverage than the previous “Google WiFi” system from 2016.

It costs US$169 for a router. You can get a 2-pack system with a router and a WiFi point for US$269 For even more coverage, you can pick up a 3-pack system for US$349 that includes a Nest Router and two Nest WiFi points.

The New Nest Mini looks identical to its predecessor but packs new tech inside. (Photo: Google)

The new Nest Mini is Google’s 2nd generation compact, smart speaker with the Google Assistant. It bears a familiar design but now has a wall mount, so you can hang it all over if you don’t have much space to put it flatly.

The new device boasts 2x stronger bass than its predecessor and a third mic to sift through the noise and pick up voice prompts.

The 2nd generation Nest Mini has a built-in machine learning chip that enables faster processing of data as the device will be able to process some queries locally, rather than fetching data from a server.

In keeping with Google’s responsible product manufacturing practices, all the Nest Mini fabrics are made from 100% recycled plastic bottles.

Privacy was an underlying theme for the entire event. And with good reason. Google has faced criticism and scepticism in the past over its privacy policies and methods of gathering data.

The New Nest Mini has a wall mount. (Photo: Google)

Google has updated its privacy policies and is now requiring third-party partners to pass a security review before gaining access to Nest devices. This move may give users confidence in knowing how their data will be handled.

Companies like Apple have waved the privacy banner for a long time and it seems more companies are coming on-board.

The Nest Mini is US$49 and is available in Chalk, Charcoal, Coral and Sky. Pre-orders started October 15 and will be available on October 22nd.

Trump Warns That Bahamian Hurricane Refugees Could Be ‘Gang Members’ 0