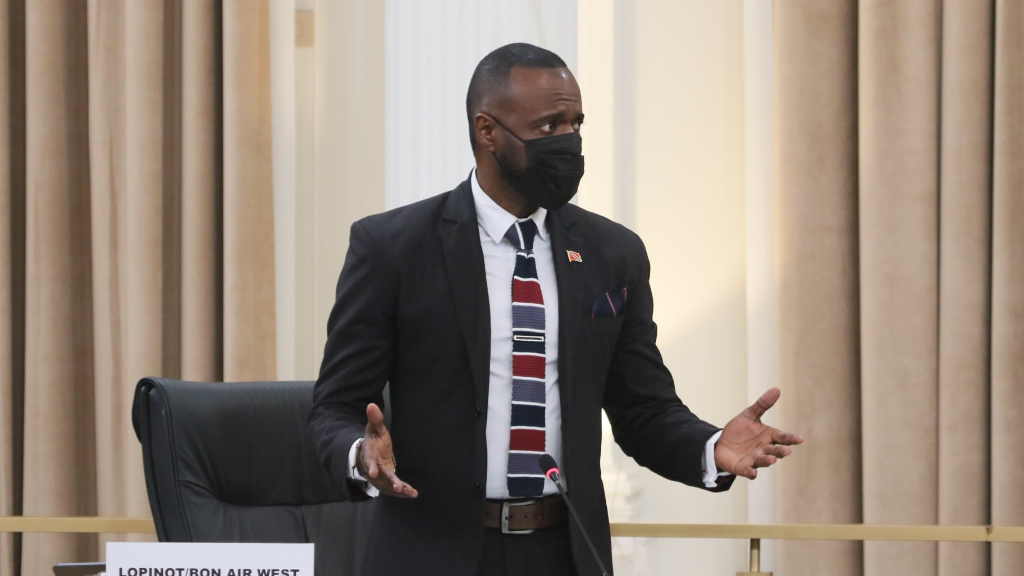 Gonzales – the UNC chose to resort to scare tactics

Minister Gonzales later responded via media release this evening saying “the UNC continued their now weekly rants and display of incompetence. On the issue of water, the country expects the Opposition to work with the Government on this national crisis that plagues every citizen, regardless of race, geography or class.”

“The citizens of this country have been wronged and victimized over the years by persons who see the water sector as their vehicle to pursue their own self-seeking agendas for profiteering and self-enrichment at the citizens expense while we, the citizens, continue to experience a precipitous decline in the availability of water in our taps. Almost the entire country is on a water schedule despite the fact that all available reports confirm that we are a water-rich country.”

Minister Gonzales said “to facilitate the necessary turn-around in this untenable situation, the Government leveled with the population and laid in the National Parliament, an unbiased report of our findings on the operations of the country’s Water and Sewage Authority.”

”That report disclosed why, despite the expense of over $28B Dollars in 10 years, our citizens continue to suffer for a daily supply of water. The findings of this report were fact-based and not ad-hominem. It exposed the scandalous state of affairs in the sole state agency charged with the responsibility for ensuring that we have a reliable water supply but it also highlighted our determined resolve to do right and hold true to our oath of office in defence of all the citizens of this country.”

“The UNC in their usual style and fashion, chose to create mischief and resorted to scare tactics and conspiracy theories to confuse the people of Trinidad and Tobago. It is ironical that not too long ago, Mr Anil Ram was leading a protest in his own Constituency calling for a reliable water supply. Now he chooses to speak in defence of the status quo to the detriment of the people he represents in the Parliament for cheap political posturing.”

The Minister said “the Government will continue to fight in protection of the citizen’s interests, and will do what is necessary for our collective good. It is clear that the future of this country cannot be placed in the hands of Messrs. Anil Ram and Wade Mark. We cannot afford to return to the days of the Beetham Waste Water re-use scandal or unsustainable desalination contracts which are the hallmarks of UNC malpractice whilst in government.”