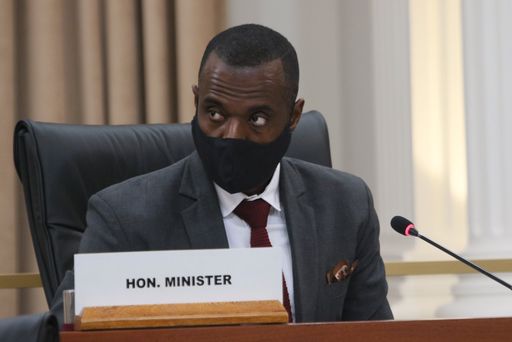 What were the reasons for the recent suspension of the Acting Chief executive Officer of the Water and Sewage Authority by the Board?

This question was posed by Opposition Senator Wade Mark in Parliament this morning.

The board has since reportedly spearheaded an investigation into a matter.

One of WASA’s senior managers, Kelvin Romain, was appointed to act as Chief Execu­tive in the interim.

Sheppard, former acting director of operations, was appointed last year to act as chief executive after the management team was restructured following the resignation for former executive director Dr Lennox Sealy on July 8.

Sealy, who lasted five months on the job, had replaced former acting CEO Alan Poon King, who is now director of customer services.

Commenting on the question this morning by Senator Mark Public Utilities Minister Marvin Gonzalves said that an investigation was presently being conducted into the matter.