In the third round of the 2020 NFL Draft on April 24th, the New York Giants selected Jamaican Matt Peart.

The 22-year-old Peart becomes the second offensive lineman taken by the Giants thus far, and the 99th overall pick

Peart was born in Kingston, Jamaica and he and his family moved to the Bronx, New York in 2002.

Through the Oliver Scholars program for high-achieving students, Peat was accepted into Governor’s Academy, a boarding school in Byfield, Massachusetts. 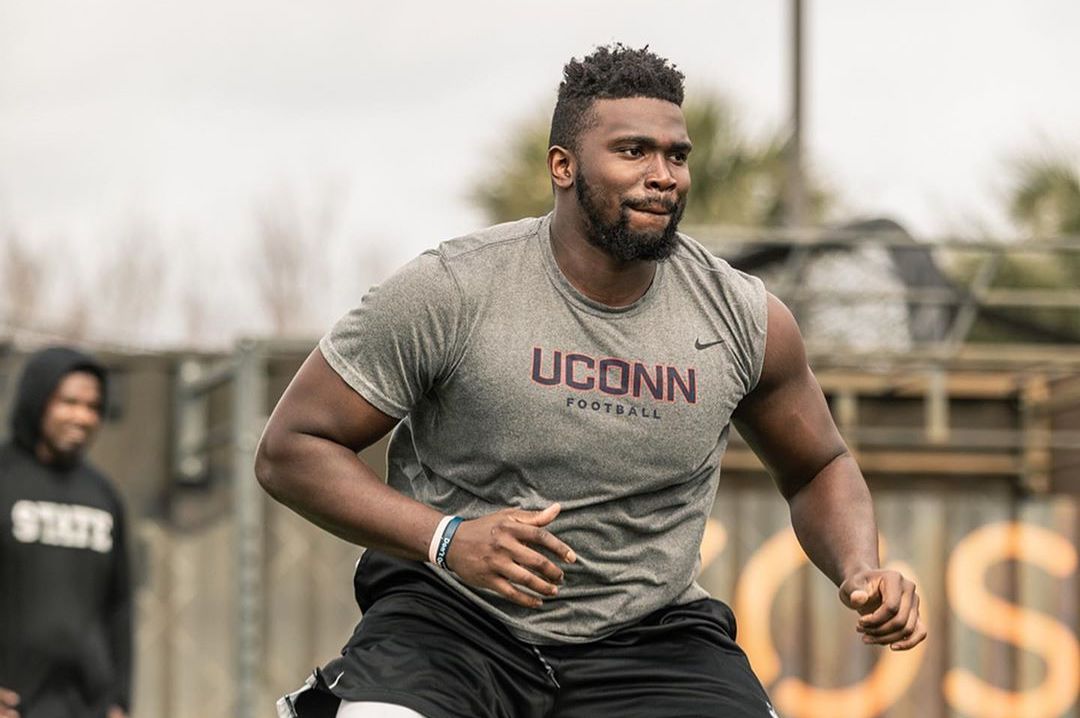 It was at the Governor’s Academy that Peart was introduced to football. Although football was a huge part of sporting culture in New York, there weren’t many opportunities to play, growing up.

“Just watching them on the TV, just the culture and everything the Giants stand for was something that was appealing for me as a young kid,” Peart said. “Especially growing up, especially that moment in high school when they had that Super Bowl (XLVI) win my freshman year. That was a very, very fun time for me.”

Peart grew up playing basketball in the Bronx.

“You know, Jamaicans call it ‘The Concrete Jungle,’” he said. “So it’s easier to pick up a ball and shoot some hoops because there weren’t really that many fields open.”

However, while at the Governor’s Academy, he excelled at the sport, helping his squad win four consecutive Independent School League titles. In the winter, he served as captain of the school’s basketball team.

Rated a two-star recruit, Peart committed to play college football at the University of Connecticut (UConn).

He played in all 48 Huskies’ games during his four years at university, and in his final season at UConn, he was named first-team All-American Athletic Conference. He also graduated with a degree in allied health sciences, with a focus on occupational therapy.

Special Offer from Jenny’s on the Boulevard 0