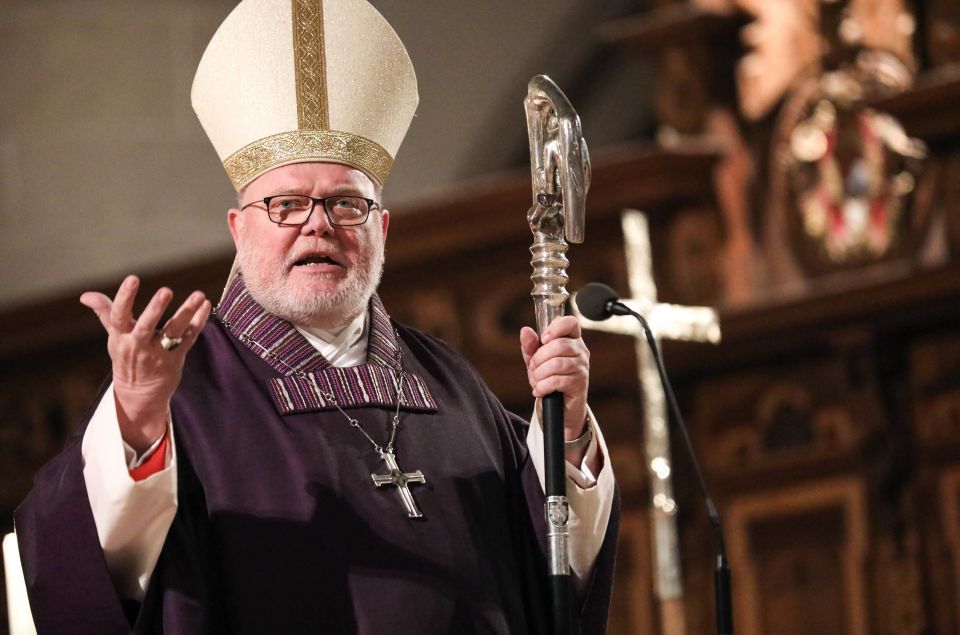 A leading German cardinal and confidante of Pope Francis, Cardinal Reinhard Marx, offered to resign as archbishop Friday over the Catholic Church’s mishandling of clergy sexual abuse cases, declaring in an extraordinary public gesture that the church had arrived at “a dead end.”

The archdiocese of Munich and Freising published Marx’s resignation letter to the pope online, in multiple languages, and the cardinal said Francis had given him permission to make it public.

“Essentially, it is important for me to share the responsibility for the catastrophe of sexual abuse committed by Church officials over the past decades,” Cardinal Reinhard Marx wrote to Pope Francis in a letter sent on May 21 and published Friday.

“Surveys and reports over the past ten years have consistently shown that there have been many personal and administrative failures but also institutional or ‘systemic’ failures,” the letter continued.

Pope Francis has yet to accept Marx’s resignation and the archbishop has been ordered to remain in office until a decision is made, according to a statement from the Archdiocese of Munich. The statement also noted that Marx has “on several occasions considered resigning from his post in recent months.”

“It is painful for me to witness the serious damage done to the reputation of bishops in ecclesiastical and secular perception which may even be at its lowest,” Marx said in the letter. “I feel that by remaining silent, neglecting to act, and focusing too much on the reputation of the Church, I have made myself personally guilty and responsible.”

The news comes amid a growing outcry among German worshipers over the abuse. Last week, the Pope sent two high-ranking foreign bishops to investigate the Archdiocese of Cologne, the largest in Germany, on its handling of abuse cases, Reuters reported.

In 2018, a report by the German Catholic Church admitted “at least” 3,677 cases of child sexual abuse by the clergy between 1946 and 2014, local media reported at the time. The report, which took four years to put together, found the victims were mostly boys, more than half of whom were 13 or younger. One in six cases involved rape and at least 1,670 clergy were involved.

At a Vatican summit in February 2019, Marx admitted that documents that may have contained evidence of clergy sexual abuse in the Catholic Church had either been destroyed or had never been drafted.

“Files that could have documented the terrible acts and named those responsible have been destroyed or not even created,” Marx said at the summit.

“The stipulated procedures and processes for prosecution offenses have not been deliberately followed… such standard practices will make it clear that it is not transparency that harms the church, but rather acts of abuse committed, the lack of transparency or the concealment that follows. “

In a subsequent press conference during the summit, Marx said the information about the destruction of files came from a study commissioned by German bishops in 2014. The study was “scientific” and did not name church leaders or dioceses in Germany who destroyed the files. .