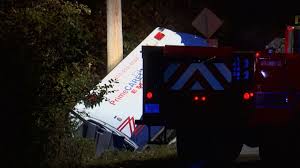 Georgia Police arrested and charged 34-year-old Kevin T. McCorvey after his alleged negligence led to the death of a 66-year-old patient. On Friday, a little before 7:30 p.m., McCorvey veered off the shoulder off West Campbellton Street in Fairborn.

The ambulance truck ended up rolling over into a ditch; the patient, 66-year-old Wilton Thomason Jr., was not restrained or strapped down at all, and died as a result of the crash, CNN reports.

According to a Fairburn police officer, McCorvey and another ambulance worker were about to get leave the scene in an Uber when they were stopped. The officer said he smelled alcohol on McCorvey’s breath. McCovey was given a sobriety test; he ended up admitting to taking Adderall, drinking beer and smoking marijuana while driving the ambulance.

The ambulance driver has been arrested and charged for driving under the influence and second-degree homicide. 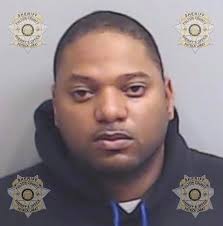 Loading...
Newer Post
Beef between Drake and Kanye West over?
Older Post
Kool-Aid in the U.S recalled due to pieces of metal or glass in the canisters

Prince loses to Slovakian in Middleweight Boxing, but considering bid for Paris 2024 0