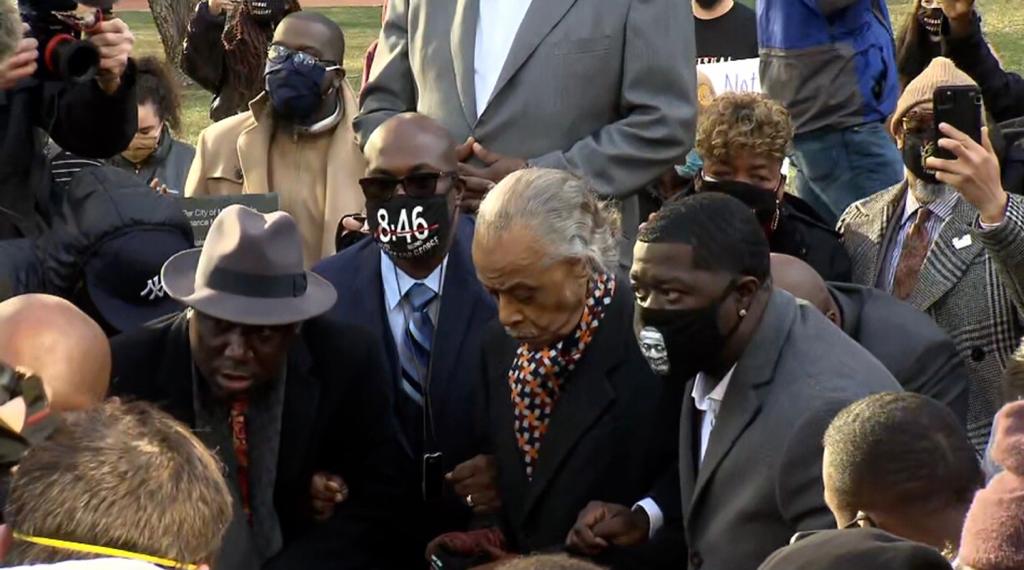 Members of George Floyd’s family, Rev. Al Sharpton and attorney Benjamin Crump are taking a knee outside the Minneapolis courthouse for eight minutes and 46 seconds before entering the building for the beginning of Derek Chauvin’s trial.

“We are taking a knee for eight minutes and 46 seconds, and we want you to think of during that time, why Chauvin didn’t, in that time get his knee up?,” Sharpton said in a news conference this morning.
Sharpton marked each minute out loud as it passed.

In a news conference before the moment of silence, Floyd family attorney Benjamin Crump described what he believes the trial means for the family and the country.

“Today starts a landmark trial that will be a referendum on how far America has come in its quest for equality and justice for all,” Crump said.