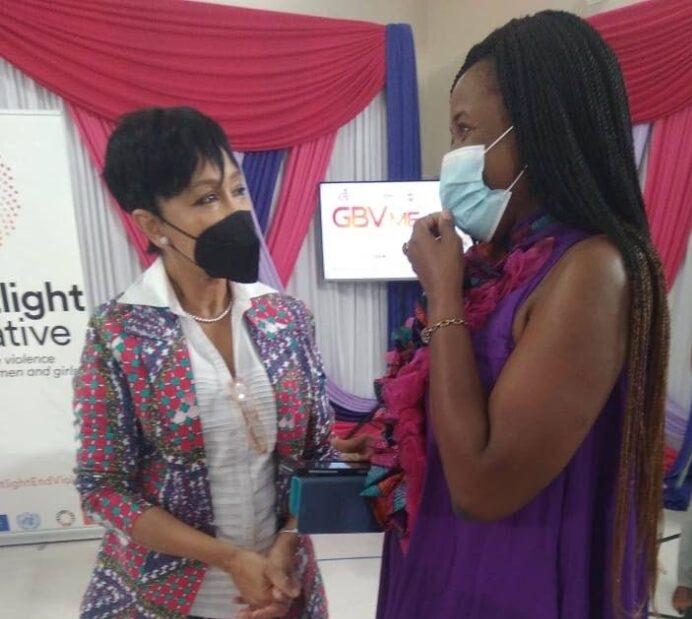 Following a spate of gender-based crimes in recent days, the Prime Minister’s wife, Mrs Sharon Rowley, is now suggesting that gender-based violence awareness be taught in primary schools as part of the curriculum.

Speaking at an event on Saturday hosted by the Indigenous Creative Arts Network (ICAN), at the Prime Minister’s official residence in Blenheim, Tobago, Mrs Rowley said, “We need to make GBV education part of the school curriculum. It must start at the primary school level.

“It must start from the time they go into that school. You have to teach them because you can’t always depend on the parents to do it. So, let us use the school system to reach that goal at whatever point in time.”

The ICAN event was held in collaboration with the United National Spotlight initiative, which is seeking to eliminate gender-based violence by 2030.

Stakeholders were asked to offer actionable solutions to ending violence against women and girls in society.

President of the Tobago Youth Council Janae Campbell, who also spoke at the event, said while there may be many interventions to stop the scourge, people must commit meaningfully to ending it.

“If we as a society, have not purposed in our hearts to change wholeheartedly and eradicate some of these archaic perspectives on lives and relationships, our problems will not be solved,” she said.

“However, if we, as individuals, don’t make that concerted effort to do good, then we would still have the same results and so I just want to admonish us to be more serious about this particular issue.”

“I, personally believe that this has a significant impact on gender-based violence. We could look at the statistics and we would see that most of the persons that are affected by violence, at least from the woman’s perspective, they are of a lower income bracket and there is that level of dependence.”

Saturday’s event was titled, GBV & ME: Insights and solutions from the youth of the region.