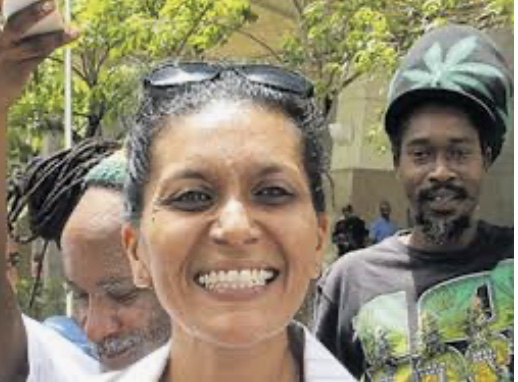 Since the Government announcement by Attorney General Faris Al Rawi about plans and Bills to decriminalize specific levels of marijuana use and possession, several ganja activists have signaled their intentions to form a union to represent their interests.

This from activists Nazma Muller who has long campaigned for the decriminalization of marijuana. While she is happy that this country is finally moving in a progressive direction she still has concerns about the 30 and 60 gram levels as proposed in the Amendment to the Dangerous Drugs Act 1994 in addition to the aspect of police training and application of the Law when it comes into being.
Many have also voiced concerns about the levels and equality of access under the Canibis control authority Bill which seeks to regulate and licence marijuana for medicinal , research , growing and dispensing.