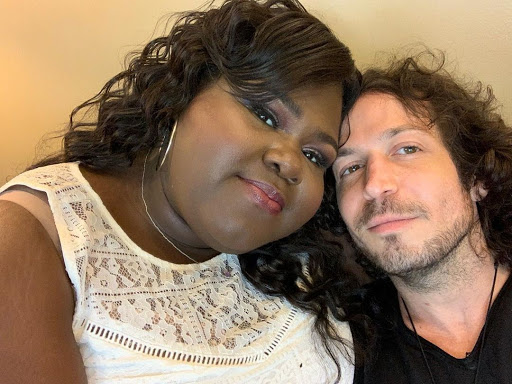 During the month of November, Empire and Precious American actress, Gabourey Sidebe, announced her engagement to her boyfriend Brandon Frankel. Twitter fans all seemed joyous as photos of their engagement went viral online.

However, it seems that all those twitter praises for Gabby was short lived as women are now in her fiance’s DMs.

Why? It’s because on December 20th, Gabby decided to share some semi naked photos of her fiancé Brandon. She posted the showy pics saying they were taken on the night their engagement.

This seems developed into a huge error as several entertainment media confirmed that shortly after releasing the pictures, women began flooding his DMs with offers many of sex, leaving Gabby to confront the women who slipped into his direct messages with proposals of their own.

It all started after Gabourey wished Brandon a happy birthday using a naked picture of him with “Will You Marry Me” spelled out in balloons.

Then the influx of message from suspected “thots” occurred, and Gabby was forced to action: