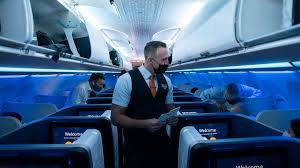 A 51-year-old lifeless man’s body was found in his seat by The Pegasus Airlines crew after Flight 1043 from Istanbul, Turkey, to Hamburg, Germany, landed.

The incident which took place on October 25 involved a man who was born in Russia and lived in the German state of Schleswig-Holstein, and was travelling on an Airbus 320 when he passed away during the flight, which took off from Istanbul.

According to The Daily Mail, the man was by a member of staff after all other passengers had disembarked the aircraft.

Forensic pathologists later performed a postmortem on the body and concluded that the man had probably died mid-flight.

“They noted he tested positive for Covid but it is unclear if he had presented any symptoms during his final days. It is not known if Covid was the cause of death.”

He was allowed to take the flight because he had proved he was fully vaccinated against coronavirus.

German Covid-19 rules require passengers to reveal their Covid status before they fly.