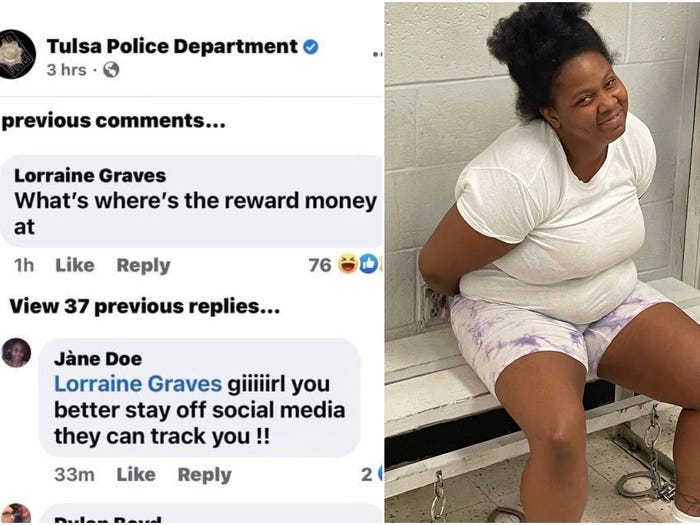 An Oklahoma woman was arrested on Thursday after commenting on a police department’s Facebook post about her being an accessory to murder, authorities said.

Every week, the Tulsa Police Department posts on Facebook about their “Most Wanted” person of the week. Authorities were asking the public to help locate Lorraine Graves after detectives suspected she was involved in the March 13 killing of Eric Graves, 30.

Two other suspects were already arrested and charged for murder, but Tulsa police were unsure of Graves’ location and asked anyone with information on her whereabouts to call Tulsa Crime Stoppers.

Turns out authorities didn’t have to search too far.