Fuad suggests Rowley is the reason black youths have no jobs

Speaking at the UNC’s pavement meeting in Sangre Grande last night, former Health Minister Dr. Fuad Khan told attendees that under the PNM Government, black youths without jobs may turn to crime. Khan who described himself as a Trump supporter said that the Government is allowing the Chinese to “take all the labour.” 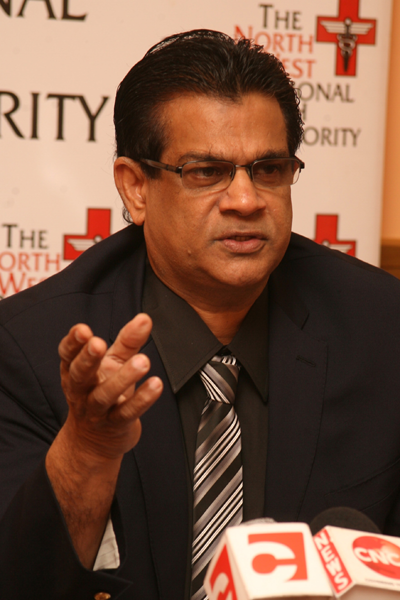 Piggybacking on the Prime Minister’s former statement that Africans are not advancing in this country, Khan said that the Afro-Trinidadians have to seek alternative methods to support their family. Khan said, “Because of what Rowley Government is doing with the large projects in this country, they (Afro-Trinidadians) have no jobs. And if you have no jobs, you can’t eat, and if you can’t eat, you have to feed your family, you decide what next”.

Khan said that under the current Government the country is deteriorating and will soon implode. He said companies no longer want to invest in the country as they did when the People’s Partnership Government was in power and used the example of the cancelled deal with the international resort Sandals as evidence. He called on all supporters of the UNC to support them in the upcoming elections, stating that they need, “all hands on deck”.