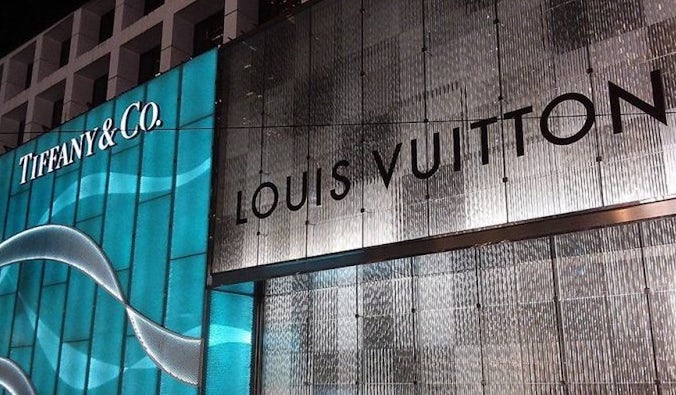 The luxury group LVMH, which owns brands like Louis Vuitton, is taking over the American jeweler Tiffany for just under 16 billion dollars. The takeover was a contentious issue for a long time.

The world’s largest takeover in the luxury goods industry appears to have been saved. After a bitter dispute, the French group LVMH and the US jeweler Tiffany agreed on a slightly lower price, as the two companies announced on Thursday. LVMH is now putting around $15.8us billion on the table, 425 million less than originally agreed. The owner of brands like Louis Vuitton, Moet & Chandon champagne, and Bulgari perfume pays $131.50us per Tiffany share instead of $135us.

In the corona pandemic, the entire luxury industry is losing its revenues after a decade of unimagined growth. In addition, the takeover, which had already been agreed in 2019, was also wavering due to the threat of US tariffs.

LVMH threatened to call off the merger, but Tiffany refused to accept it. The company, which was founded in New York in 1837, sued to enforce the merger plans. LVMH also went to court. Tiffany and LVMH now plan to withdraw the ongoing lawsuits.

The antitrust authorities have already approved the merger. Now the Tiffany shareholders have to give the green light. The new offer is slightly above the Tiffany closing price on Wednesday, when the shares went off trading at just under $ 130.

Power outage leaves many parts of Trinidad without supply 0