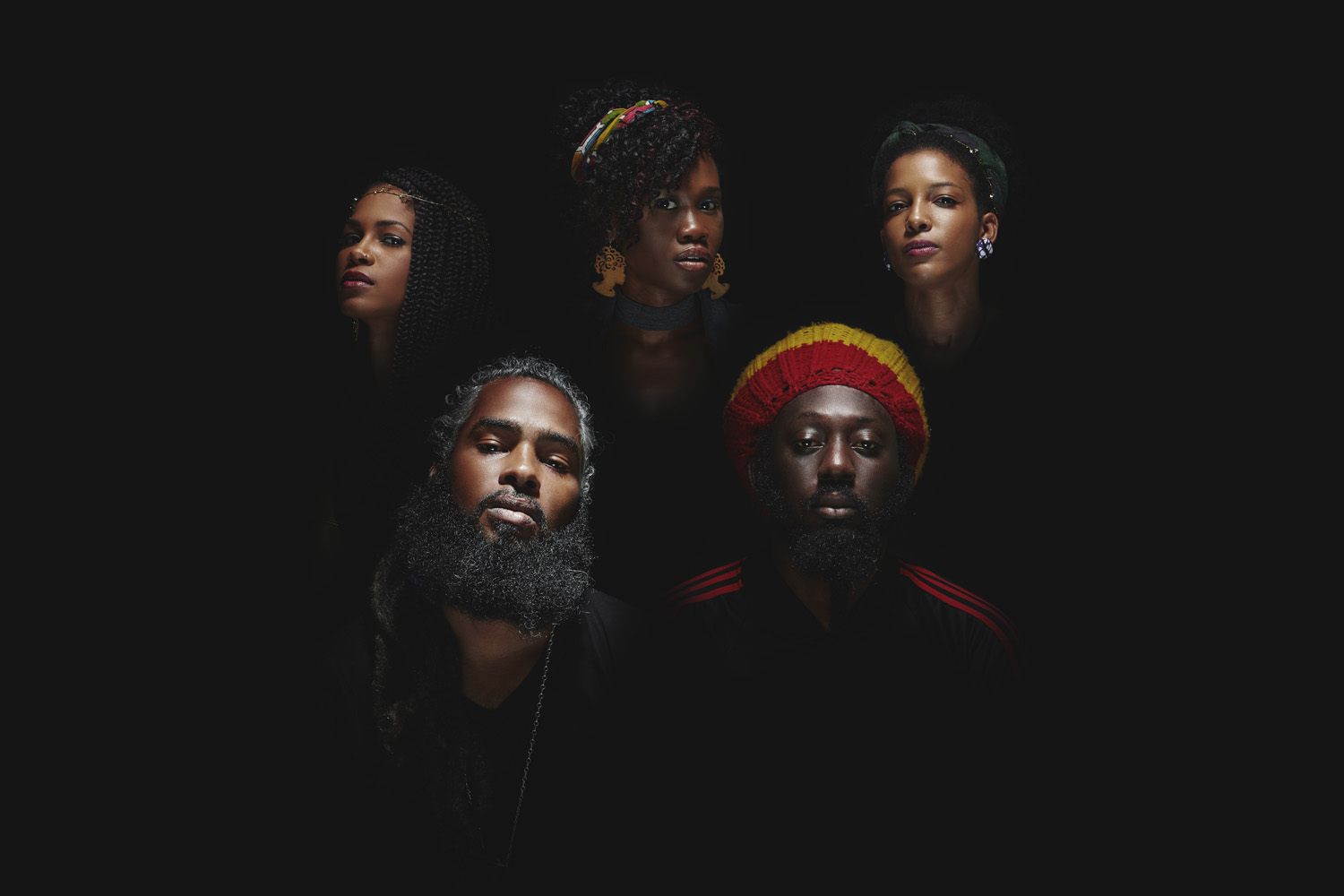 Freetown Collective has joined forces with Associated Brands (Sunshine Snacks, Sunshine Cereals, Charles Chocolates, Devon Biscuits, and Universal Cereals) to launch the “Love Over Everything” movement, which aims to motivate men and boys to reform behaviours that lead to violence.

Freetown Collective and Associated Brands will partner with renowned female filmmakers from the Caribbean to produce short films aimed at stimulating conversation while contributing to a deep cultural change in Trinidad and Tobago and the Caribbean – that leads to a reduction of Gender Based Violence. According to lead guitarist for Freetown Collective, Lou Lyons, “We will be producing three short films which show that while conflict is inevitable in any relationship – platonic or amorous – displaying forms of violence is a choice. We want to motivate men and boys to reform behaviours that lead to violence and choose love and reverence for life. By introducing the message and meaning behind Love Over Everything, we hope to make a profound and practical impact in the fight against gender-based violence.”

Freetown Collective’s lead vocalist Muhammad Muwakil said the initiative will raise funds for the Rape Crisis Society to help clear their backlog as there is a long waiting list of persons hoping for much-needed assistance, “We know that we cannot fix everything, so we are not here to offer a cure all, but we are saying that we have to start with love. Let us choose love over everything.”

The decision to advocate for an end to GBV is in keeping with the United Nations Sustainable Development Goals (SDGs) that drive the 2030 global development agenda which identified violence against women and girls as a global development priority to achieve peace, ensure economic productivity, secure rights, promote justice and foster social cohesion (goals 5 – Gender Equality and 16 – Peace, Justice and Strong Institutions).

Nicholas Lok Jack, Chief Executive Officer, Associated Brands reinforced the need for immediate change, “The statistics on violence against women and girls in the Caribbean are some of the highest in the world. As such, this movement is of critical importance. We were eager to support these female filmmakers in creating these three short films to help bring about further awareness around this sensitive topic. These films are just a starting point in the fight against gender-based violence. We want to encourage our communities to continue to teach our young boys, and girls, about the harm that gender-based violence causes. We also want to remind all genders that conflict is inevitable, violence is a choice. But choosing to take a more positive approach to conflict can help break this vicious cycle of violence and lead to much better outcomes for our region.”

In another pledge of support, Associated Brands has made a significant contribution to the Rape Crisis Society to facilitate the employment of some much-needed counsellors which will help to reduce the backlog of survivors waiting to speak to a therapist, “We encourage everyone to join us as we embark on this transformational love movement,” stated Lok Jack.

The first short film was released on Mother’s Day, Sunday 9th May 2021. The second short film will be released on Father’s Day 2021, June 20th and the final short film on the International Day for the Elimination of Violence against Women Thursday 25th November 2021.

“We urge everyone to lend their voices to this issue and get involved by making donations. We believe we can achieve so much more together. Join us as we work to transform Trinidad and Tobago – together,” said Muwakil.

Both Associated Brands and Freetown Collective will use their respective platforms to raise awareness around GBV and the need to assist the Rape Crisis Society, but Muwakil admitted much more is needed, “We need the public to join us in this national movement of choosing to show love by making their own donations to the Rape Crisis Society. In this way, we can sustain the mission of those who dedicate their lives to caring for and empowering women.”