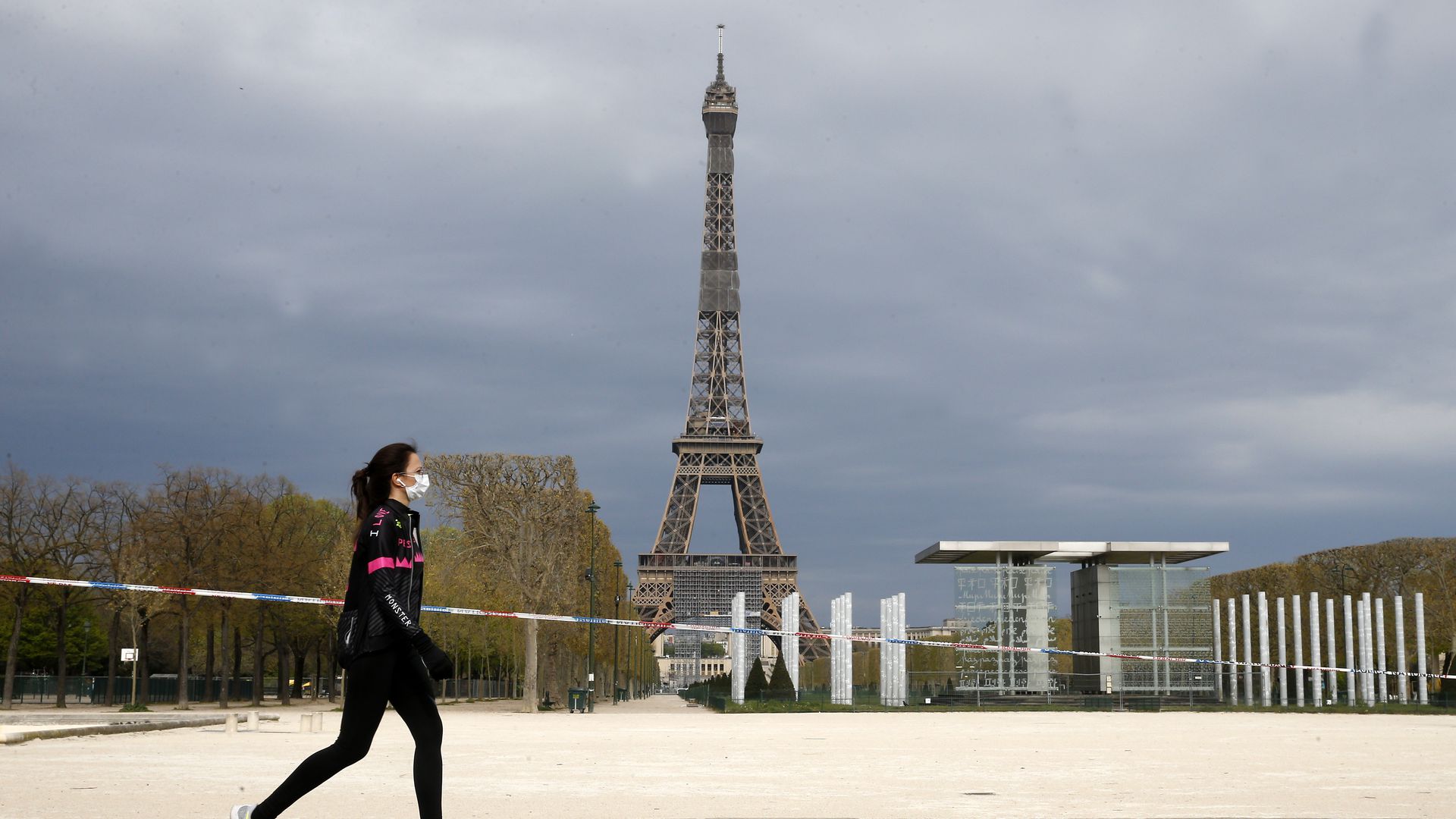 France has entered its third national lockdown as it battles a surge in cases of Covid-19 that threatens to overwhelm the country’s hospitals.

All schools and non-essential shops will shut for four weeks, and a curfew will be in place from 19:00 to 06:00.

On Friday, the number of seriously ill Covid patients in intensive care units (ICU) increased by 145 – the biggest jump in five months.

France is currently battling a peak of about 5,000 Covid patients in ICUs. On Friday, the country recorded 46,677 new cases and 304 deaths.

As well as the restrictions that came into force on Saturday, from Tuesday people will also need a valid reason to travel more than 10 km (six miles) from their homes.

President Macron had hoped to keep France’s coronavirus cases under control without having to impose another lockdown.

However, the country has struggled with an EU-wide delay in the vaccine rollout, as well as several new strains of the virus.

In Germany, President Frank-Walter Steinmeier called on people to play their part and get vaccinated.

Speaking in a television address to the nation on Saturday, he said the country was in the middle of a third wave and that it faced more restrictions.

He also admitted that mistakes had been made – specifically in testing and in the vaccine rollout – and talked about there being a “crisis of trust” in the state.

“Of course, there is no single silver bullet to get out of the pandemic,” President Steinmeier said. “And that is why political dispute is needed – but the arguing must not become an end in itself.

“Whether it’s about a federal or state level, party or coalition, or whether opinion polls are up or down – none of that can play the main role now.

“We need clarity and determination, we need understandable and pragmatic regulations so that people have direction, so that this country can again achieve what it has within.”

No plans to shut down street vending says Rowley 0