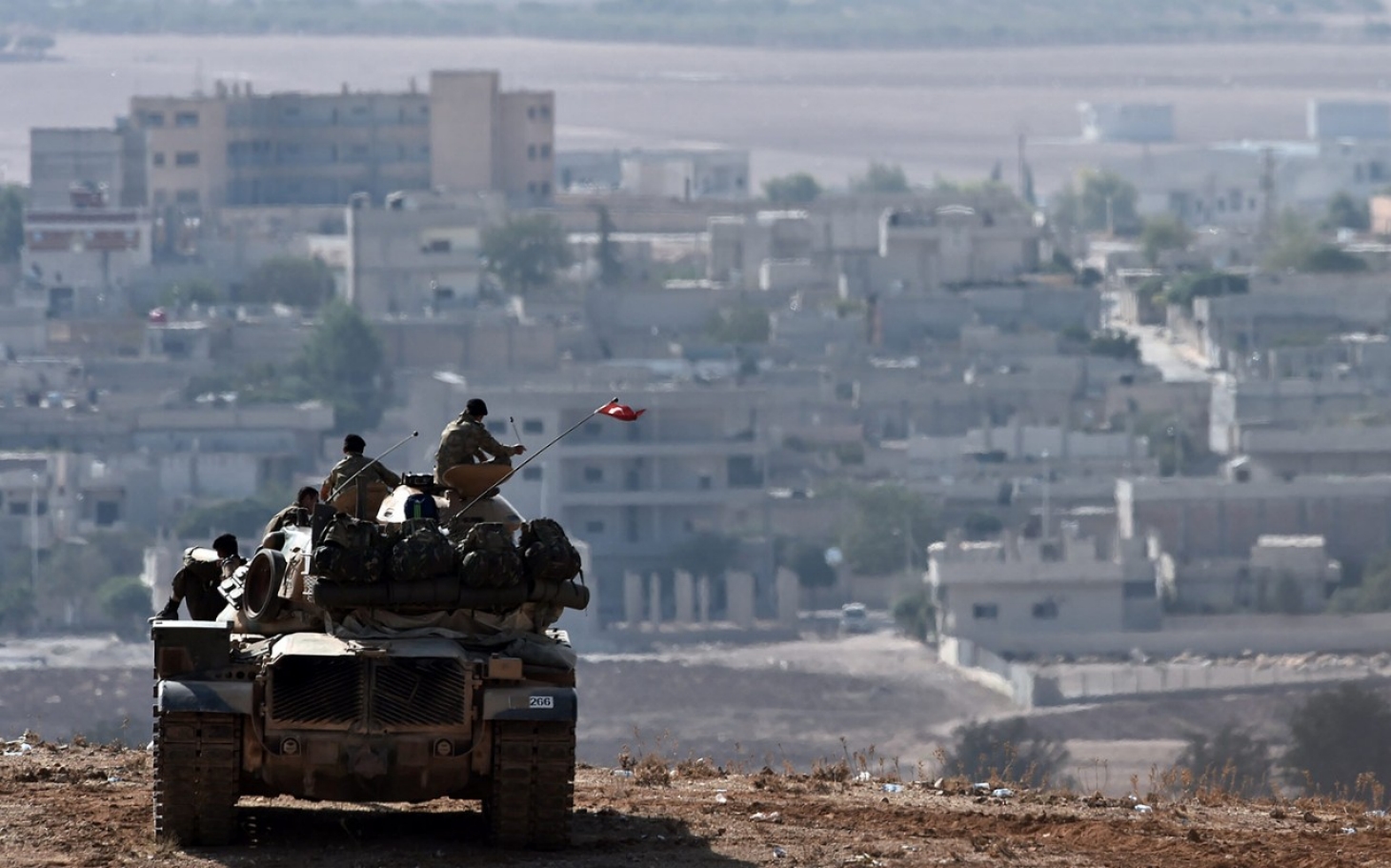 France Secures Military in Syria as US Withdraws

France said today it was taking measures to ensure the safety of its military and civilian personnel in northeastern Syria as the United States begins to withdraw its forces from the area following a Turkish offensive against Kurdish militias.

France has been one of the main allies in the US-led coalition fighting IS in Syria and Iraq, with its warplanes used to strike militant targets and its special forces on the ground coordinating with Kurdish and Arab fighters.

The United States announced yesterday it was beginning a deliberate withdrawal of around 1,000 troops from northern Syria, a process that US officials told Reuters could take days, rather than weeks.

“Measures will be taken in the coming hours to ensure the safety of French military and civilian personnel present in the zone as part of the international coalition fighting Islamic State and humanitarian action,” the French presidency said in a statement after an emergency defence cabinet meeting. It did not provide further details.

French officials have previously said that a US withdrawal would force them to also leave, given they rely on US logistical support.

A regional diplomatic source told Reuters on Thursday that Paris was preparing to pull out its several hundred special forces.

They are operating closely with Kurdish-led forces, who are now the target of Turkey’s offensive in northern Syria. French aid workers are also in the zone.

In another headache for the Elysee, dozens of French IS fighters and hundreds of French women and children are being held by Kurdish groups in areas close to the Turkish offensive.

France fears they could escape amid the offensive, return home and carry out attacks or fall under the hands of the central Damascus government, which could use them as bargaining tools.

“The absolute priority must be to stop the resurgence of Islamic State in the region,” the presidency said, adding that the risk of “Islamic State terrorists” escaping was being taken fully into consideration.

France has repeatedly said that foreign fighters should be judged and imprisoned where they had committed their crimes, dismissing any possibility of them being brought home.

Analysts say that position is becoming increasingly untenable given the evolving situation.

The Elysee said additional measures were being taken to strengthen security on French territory.

“France will increase its diplomatic efforts … to obtain an immediate end to the Turkish offensive,” it said.