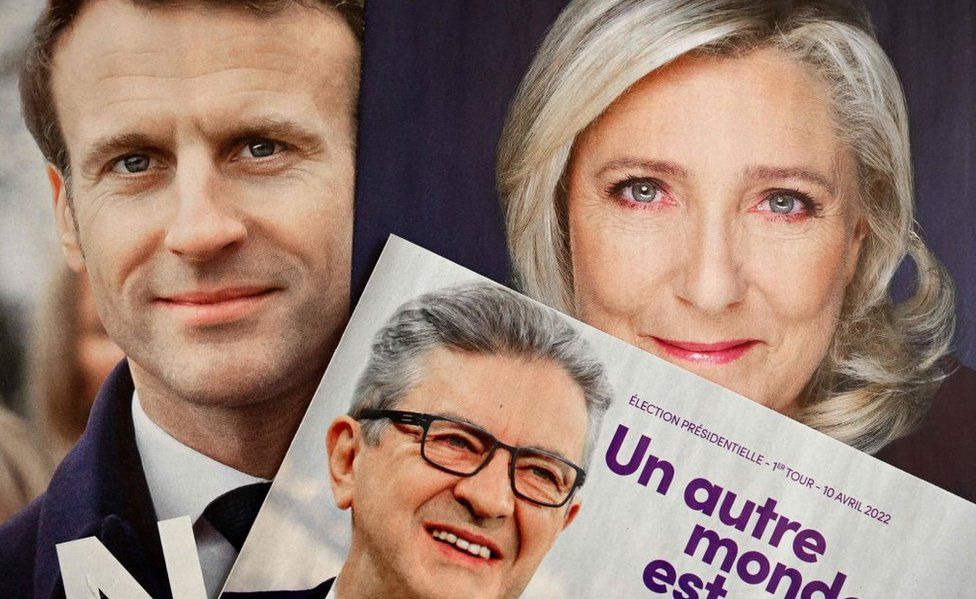 France heads to the polls

French voters go to the polls on Sunday in the opening round of a presidential race that could become a cliffhanger.

Emmanuel Macron has a fight on his hands from far-right challenger Marine Le Pen, who has been galvanised by a slick election campaign.

Forty-nine million people are eligible to decide which two of 12 candidates should take part in the run-off vote.

The president spent little time on the race, focusing instead on Europe’s reaction to Russia’s war in Ukraine.

One issue more than any other has predominated this election: the spiralling cost of living in energy bills and shopping baskets.

When he came to power with a new party in 2017, Emmanuel Macron swept away the old allegiances, and the two big parties are still nursing their wounds.

Socialist candidate Anne Hidalgo has struggled to be heard, while on the right Valérie Pécresse has failed to excite the Republicans.

Voting in the big cities of Paris, Lyon and Marseille takes place from 08:00 to 20:00 local time (06:00-18:00 GMT). And what adds to the uncertainty is that days before the vote, one Ipsos opinion poll suggested 37% of people were still undecided.

First the Covid-19 pandemic and then Russia’s invasion overshadowed this election.

“The campaign’s been going on for two months and there hasn’t been much debate,” complains Ourdia, a café owner in north-west Paris. “I still don’t know who to vote for.”

Prime Minister Rowley Defends Government’s Use Of Money From The Heritage And Stabilisation Fund. 0