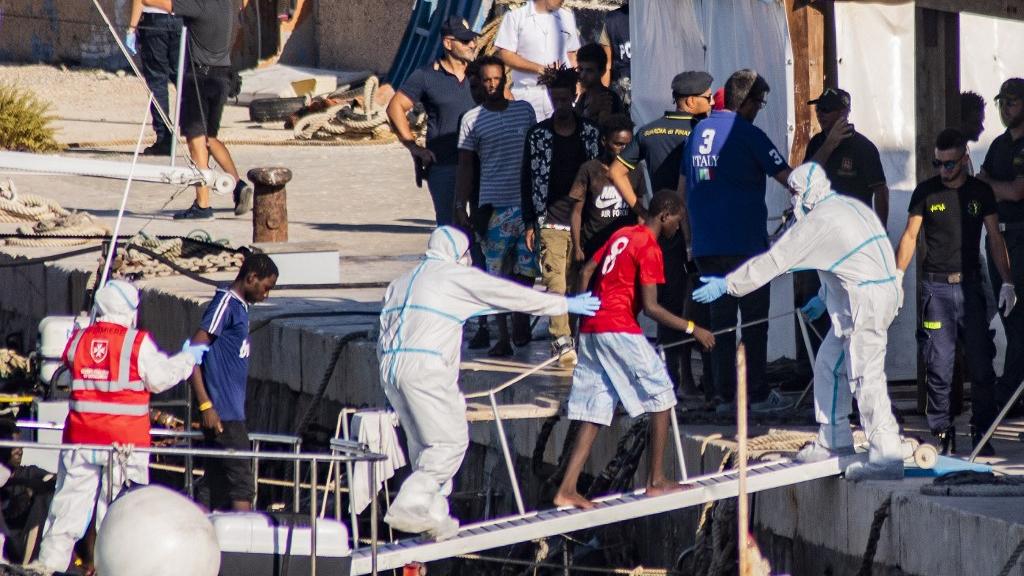 France Agrees to Welcome 40 Migrants from the “Open Arms”

French Ministry of Interior announced Sunday that it would welcome to France 40 migrants from the Open Arms boat.

“Coordination of solidarity between the countries that have committed themselves to receive migrants is maintained,” said the French Minister of Interior, Christophe Castaner. “France will maintain its commitment and welcome 40 people,” he added.

“These 40 people will have to be in need of protection,” the minister stated, suggesting that the migrants his country will be willing to welcome will be required to meet some criteria in accordance with the refugee status.

Castaner also announced he will deploy a delegation from the French Office for the Protection of Refugees to Spain if the Open Arms boat decides to head for the Spanish port of Algeciras.

The humanitarian ship which is transporting more than 100 migrants, rescued in the Mediterranean, has been waiting for a safe port to be made available for more than two weeks now.

The migrants, most of whom are African, were picked up by the boat off the coast of Libya and were expecting to disembark on the southern Italian island of Lampedusa. However, Italy’s far-right Interior Minister Matteo Salvini ordered his officials not to let them land, before he ended up doing a partial concession Saturday, by allowing 27 unaccompanied minors to leave the boat.

The Open Arms vessel still has 105 adults and two children on board according to the Spanish government, which has offered its port of Algeciras, located in the south of the country.

The head of the Spanish government, left-wing Pedro Sanchez, offered to welcome the ship because of the “emergency situation” on board and in response to “the inconceivable decision of the Italian authorities to close all the country’s ports”.  But according to Open Arms, the offer is “unrealistic”.

“How could we travel for about five more days, to Algeciras, the most remote port in the Mediterranean, with a situation on board which is unsustainable?”, asked the founder of the non-governmental organization, Open Arms.

The humanitarian situation in the Mediterranean sea is increasingly critical. In addition to the Open Arms boat, the Ocean Viking, another humanitarian vessel chartered by Doctors Without Borders and SOS Meditérranée, has currently 356 people on board, and no country has offered to host any of them.