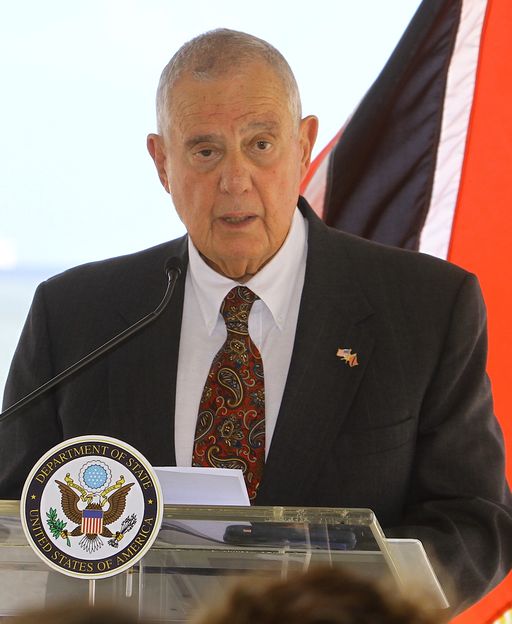 The U.S. Embassy expressed its heartfelt condolences on the death of former U.S. Ambassador to Trinidad and Tobago Joseph Mondello.

According to a release issued by the U.S Embassy, Joseph Mondello served as the U.S. Ambassador to Trinidad and Tobago between October 2018 and January 2021.

Acting Deputy Chief of Mission Cindy Diouf noted that, “Ambassador Mondello was a man of great character and patriotism, and he will be deeply missed.  He was a natural leader who led by example and cared deeply about those under his leadership and the reputation of the United States.  He demonstrated courage and commitment throughout the COVID-19 pandemic and refused to leave his team even as infections rose and borders closed.  Ambassador Mondello provided inspiration and steadfast leadership throughout his tenure, earning the respect and admiration of the U.S. Embassy community.   Ambassador Mondello also possessed a good sense of humor and was a great storyteller.  He loved and respected the people of Trinidad and Tobago and was proud to serve his country.  Ambassador Mondello was more than our leader; he was our friend.”

“On behalf of the United States Government, U.S. Embassy Port of Spain offers our sincerest condolences and best wishes to Mrs. Mondello and the Mondello family.”