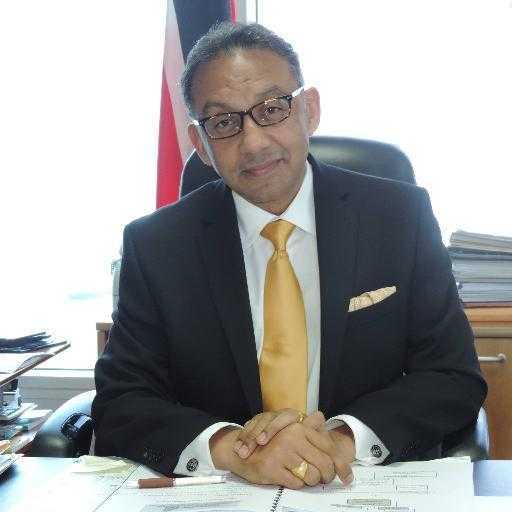 Former Trade and Industry Minister, Vasant Bharath, says he would have liked to hear more details from the Finance Minister, Colm Imbert, on how the state plans to make progress on the ease of doing business.

Reflecting on the presentation of the fiscal package on Monday afternoon on Power 102fm, Mr Bharath said this is an aspect of national development which requires improvement.

Mr Bharath said this approach will serve as an incentive for manufacturers to set up trade in this country.

Mr Bharath then explained why making progress on the ease of doing business is necessary.

Mr. Bharath went into further detail on his Facebook page by saying:

“The Budget 2020/2021 was a lacklustre, non descript, uninspiring and directionless wishlist.”
Mr. Bharath said “it left the listener dazed and confused. It was a regurgitation of tired and worn programmes. The Revenue Authority and the Gaming Commission have been promised in every budget for the last 5 years.
The Govt seems to have abdicated it’s responsibility for reviving a stalled and flagging economy, reversing 5 consecutive years of self inflicted negative growth, promoting foreign direct investment and abandoning our young unemployed and underemployed.
The Minister rolled out the same old failed areas for diversification without ever once giving any details as to what would be different in 2021 as to 2016 when he trotted them out in his first budget speech.
What tax incentives for the Corporate sector to stir economic activity. What about the self employed? What about relief for long suffering pensioners?
The insistence of the reintroduction of the property tax denies citizens of discretionary expenditure that is contractionary in nature rather than expansionary. The short term financial return will be modest and shortlived by comparison to the suffering caused.
The liberalisation of the fuel market also spells possible volatility and fluctuation in prices at the pump having negative economic impact for those at the lowest rung of the economic ladder.
We have moved from the ICU to a Ventilator.
This is not a budget but a prescription for destruction!”
*Cover Story* 14893 Business 1741 Economy 1339 Government 4254 News 13559 Budget 2020/2021 13 Former Trade and Industry Minister 1 Vasant Bharath 6