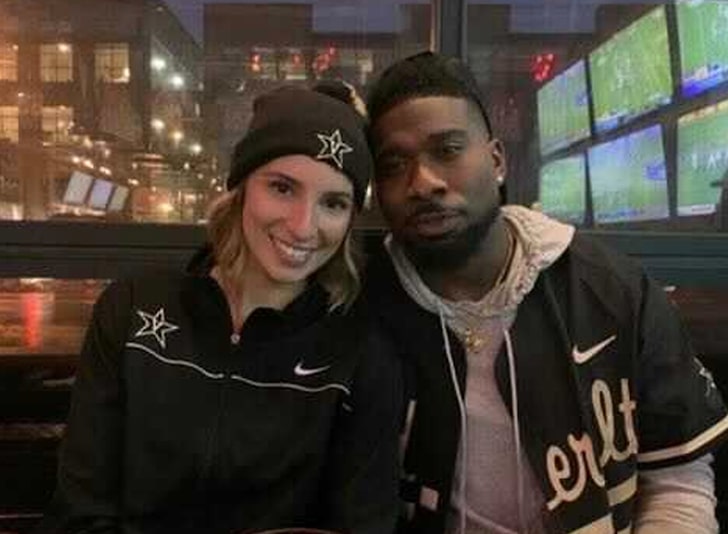 Former NFL running back Zac Stacy was caught on video assaulting his child’s mother, punching her in the head before slamming her into a television right in front of their 5-month-old son.

According to TMZ sports, the attack occurred at Stacy’s ex-girlfriend’s home in Florida on Saturday.

During the argument, Stacy allegedly became enraged and aggressive with his ex…and that’s when the video shows him swinging at her head, yanking her off a couch, and tossing her across the room and into the TV.

As the woman tried to calm Stacy down, the TV falls on top of her…so he throws an object at her and storms off.
Throughout the entire video you can hear the woman pleading with Stacy to stop.

According to TMZ, the woman immediately called the police following the confrontation but before the police arrived Stacy was gone.

The woman claims that she had filed for a restraining order for her and son but police have yet to confirm that information.

In court documents, she claims that Stacey came over to her house around 2 pm to see their son. Shortly after, he allegedly erupted into a jealous, violent fury while she was there.