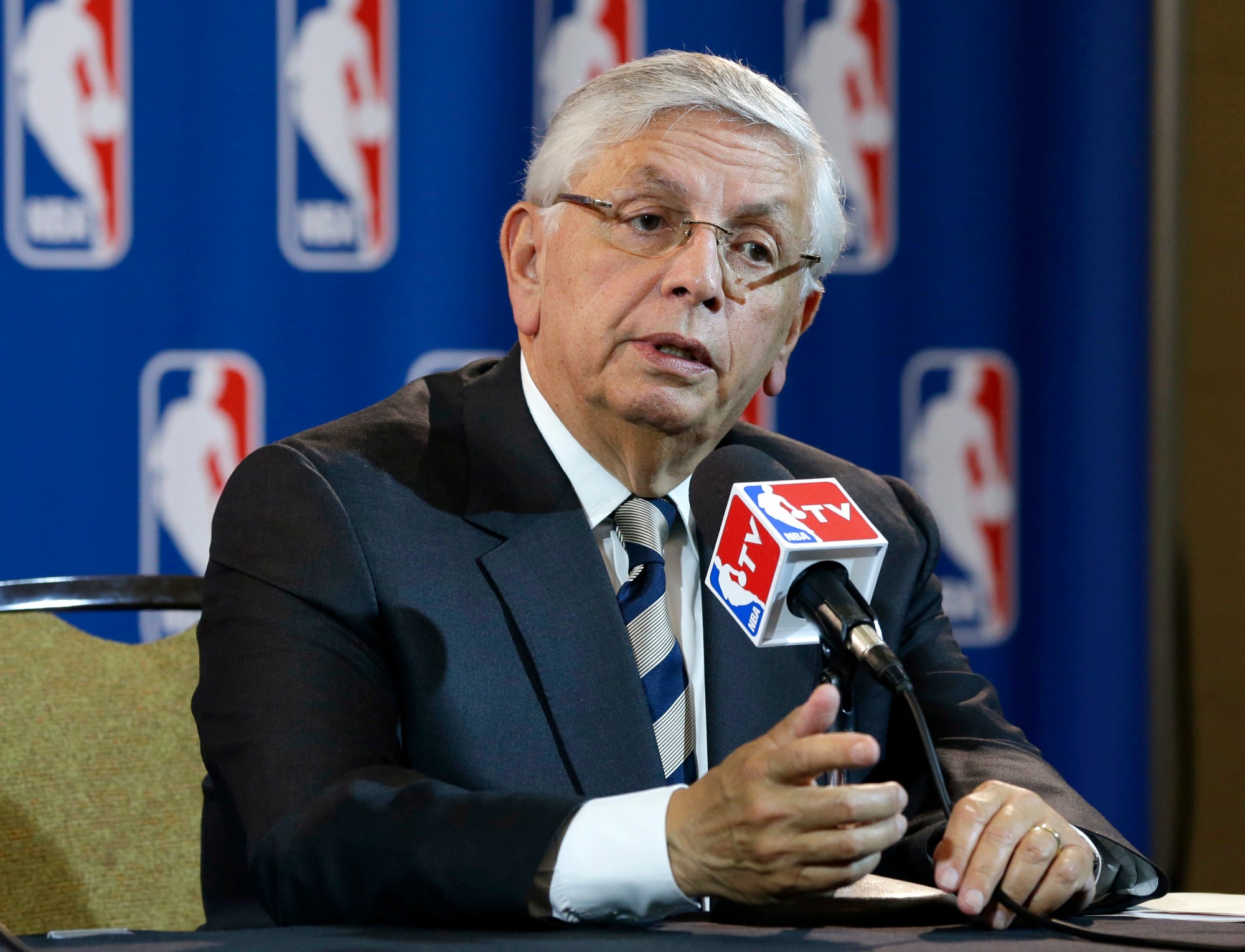 David Stern, former NBA commissioner and one of the most influential people in world sport in recent decades, has died on Wednesday at age 77. Stern remained in serious condition since December 17 after being operated urgently because of a sudden cerebral hemorrhage that came to him in a restaurant in New York.

Stern was linked to the NBA for almost five decades and was commissioned by the League for 30 years, before retiring in 2014. The NBA reached a tremendous global impact during his tenure. He led a joint effort with the president of the International Olympic Committee, Juan Antonio Samaranch, so that the NBA players began to compete in the Olympic Games. They did so from 1992 in Barcelona with a legendary team, dubbed the Dream Team, headed by Michael Jordan, Magic Johnson and Larry Bird.

He came to office at a time, in February 1984, when the NBA was going through a deep crisis, surrounded by drug problems and bad image. Its management was fast and very effective. He established salary caps for the teams, maximum contracts and dress codes for the players and signed television agreements that strengthened the League economically. It maximized the competitiveness and image of the players, driven by the rivalry of Larry Bird and Magic Johnson, the arrival of Michael Jordan and, later, those of Kobe Bryant and LeBron James.

He promoted the signing of the last television contract, signed by his successor in the position Adam Silver in 2014. The agreement amounts to 24,000 million dollars, from the 2016-2017 season, which has allowed the salary limits of each franchise to exceed 109 million dollars during the current campaign. According to ESPN data, the annual income of the League for its television contract increased 40 times, the average salary of the players increased from $ 250,000 a year in 1984 to more than $ 5 million and the value of the franchises skyrocketed.

Stern’s management had a huge impact on the NBA. During his tenure, seven new franchises were incorporated: Charlotte, Miami, Minnesota, Orlando, Toronto, Vancouver, and again a team returned to Charlotte (the Bobcats) when the Hornets went to New Orleans. He also helped the creation of the WNBA, the Women’s Professional League, which began to be played in 1997. He negotiated Yao Ming’s pass to the NBA in 2002. The incorporation of the Chinese pivot into the Houston Rockets opened a business of billions of dollars for the NBA.

Labor also occurred during his long term. The first four lockouts of the League occurred in 1995 and 1996, without canceling matches, and in 1998 and 2011, when the regular phase was cut to 50 and 66 matches respectively. In 2011 he vetoed the transfer of Chris Paul to the Lakers that would have led to Pau Gasol’s pass to New Orleans, claiming that he protected the Hornets (now Pelicans), a franchise that was then owned by the NBA. “Today the NBA loses a legend, a leader who changed our sport for the better. A father, a husband, a friend, ”Pau Gasol wrote on Twitter after learning the news. “Rest in peace, David Stern, we will always miss you.”

The ex-commissioner of the NBA, a few years ago, referred to its beginnings: “Others talk about working as secretaries for Supreme Court judges or federal judges, but I enjoy saying that my first position was in the Stern Delicatessen.” He was proud of the experience he had acquired in his first job, behind the counter of the establishment run by his family, the Stern’s Deli in the neighborhood of Chelsea, New York, where he grew up. Those years behind the counter imbued him with the kind of work ethic needed to lead a multi-million dollar empire.

After graduating from Columbia Law School in 1966, Stern began managing a legal business for the NBA. In 1978, he left his law firm to become a legal advisor to the league. Two years later, the post of executive vice president, commercial and legal affairs for Stern was created. He was commissioned to find creative and productive ways to use marketing, television and public relations to boost the image of the NBA.

In 1984, when he was 42, he became the fourth commissioner of the NBA. When he took office, the league was going through an exceptionally difficult financial period. Most of the teams were losing money. The attendance of fans and television audiences had declined, and as a result also sponsorships. He negotiated an agreement between the players and the owners, who for a long time were considered adversaries, based on the distribution of income. The result did not only work peace, but also prosperity for both players and owners.

He was so successful that in the late 1980s, the NFL tried to hire him as commissioner to replace Pete Rozell. Stern refused and kept the basketball. In 1989, the Associated Press voted David as the Executive of the decade. His talent as a salesman is unquestionable, as the advertising slogan, I Love This Game attests. He built the brand of the league, increased the loyalty of the fans and forged lucrative associations.