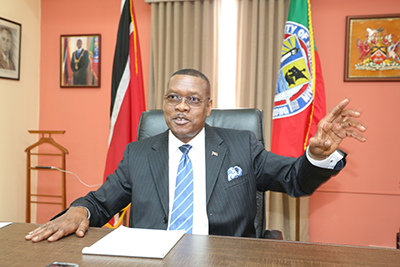 Former Port of Spain Mayor and President of Trinidad and Tobago Football Association TTFA Raymond Tim Kee has passed away. Details are still sketchy at this time but we will have more as information comes to hand.

Tim Kee was elected unopposed as the Trinidad and Tobago Football Federation president back in 2012 and previously served as a TTFF Vice-President from the mid-1990s to 2010.

He was also the Port of Spain Mayor, a Guardian Life Insurance executive and ran his own insurance firm, R.A. Tim Kee Investments Limited.

He resigned as Mayor of Port of Spain and an Alderman from the Port of Spain City Corporation after controversial statements related to death of a 30 year old Japanese tourist called Asami Nagakiya.

She had played steel pans in a festival held last week in the country’s capital city, the Port of Spain. Nagakiya was killed by an unknown assailant.