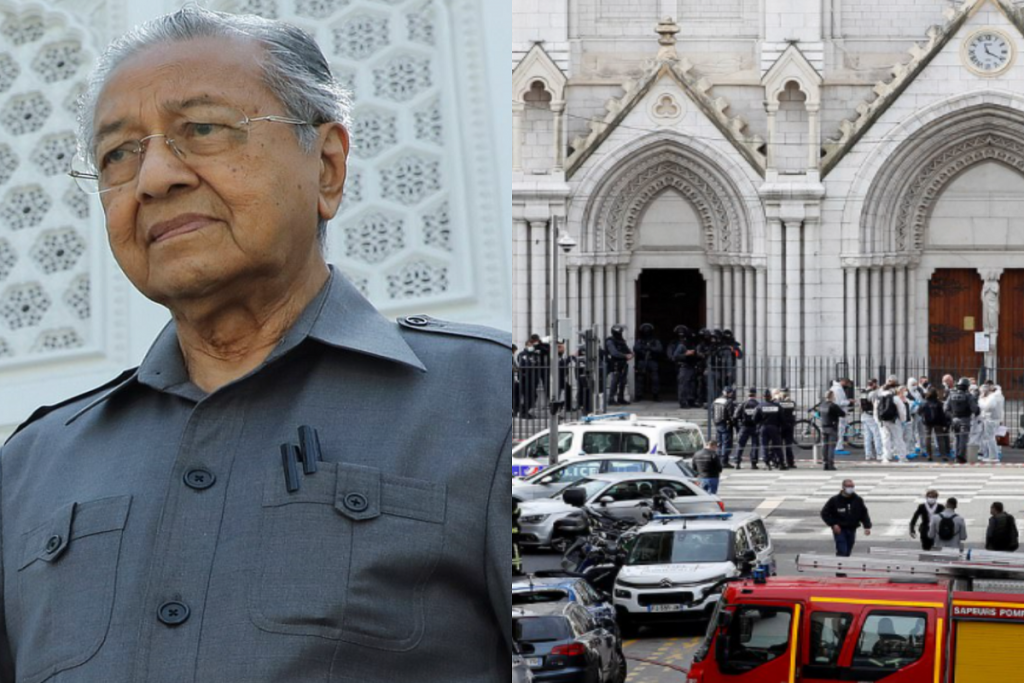 The Prime Minister of Malaysia said Muslims have “the right to get angry and kill millions of French people” just hours after an attacker shouted “Allahu akbar!” beheaded a woman and killed two others in a church in France.

Incendiary comments were part of a tweetstorm of Dr. Mahathir Mohamad, who denounced Western culture and French President Emmanuel Macron for refusing to denounce the caricatures of the Prophet Muhammad that triggered three attacks in two months in France.

“Macron does not show that he is civilized. He is very primitive in blaming the religion of Islam and Muslims for the murder of the insulting teacher. It is not in accordance with the teachings of Islam, ”Mohamad tweeted.

Mohamad also said that “the West” should not impose its views and values ​​on others. “To do so is to deprive the freedom of these people,” he wrote.

Malaysia has over 32 million people, 61% of whom practice Islam.

Mohamad’s comments come after France’s third attack in two months, which left three people dead at Notre-Dame Basilica in Nice. The alleged attacker with a knife is in custody.

Mayor Christian Estrosi called the assailant a “terrorist” who shouted “Allahu akbar!” “- Arabic means” God is great “- repeatedly when the police arrested him.

The former prime minister made no direct reference to the Nice attack, but his comments come against a backdrop of widespread anger against France in the Islamic world.

The beheading of the professor, Samuel Paty, prompted Macron to promise a crackdown on Islamic extremism.

Macron and others have also launched a fierce defence of freedom of expression and the right to make fun of religion. However, the move has inflamed tensions, with protests against France erupting in several Muslim countries and some urging a boycott of French products.