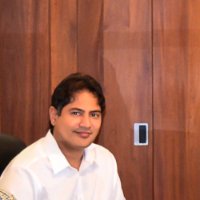 Former vice president of information technology at S.M Jaleel Company Limited Adil Mohammed has been placed on a bond of US$25,000.

This is after he was charged with ten felony charges of sexual performance by a child and child pornography in the United States last month.

Forty seven year old Mohammed made his first court appearance on August 7 for the bond hearing before Judge Daryl E Trawick at the Miami-Dade County Courthouse and was represented by defence attorney Mark Eiglarsh. During that hearing, for each charge he was given a US$2,500 bond.

The charges were brought against him after he was held in a sting operation in Miami, following intensive work done by the police, together with the Cybercrime Investigations Unit of the Miami Dade Police Department involving a male minor.

The news of Mohammed’s capture and court appearance with his mugshots hit social media late Thursday evening, which later led the company he once worked for to issue a statement on their Facebook page.

The company stated: “S.M Jaleel Co. Ltd accepted the resignation of its Vice President of Information Technology, Mr. Adil Mohammed, on August 11, 2022. On hearing of the charge, the company engaged him in dialogue which led to him submitting his resignation. Since the matter is currently before the courts in the United States of America, and therefore sub judice, propriety demands that it is inappropriate to comment on the case. Our company requires all employees and family members employed within the company, to abide by the company’s values, moral code of conduct, and the laws pertaining to all the jurisdictions where we operate. Mr. Adil is not a shareholder or director of the company.”

40 plus days, still no sign of justice for Leonardo Williams

40 plus days, still no sign of justice for Leonardo Williams

40 plus days, still no sign of justice for Leonardo Williams 0

Bail and fine for two charged with possession of marijuana 0