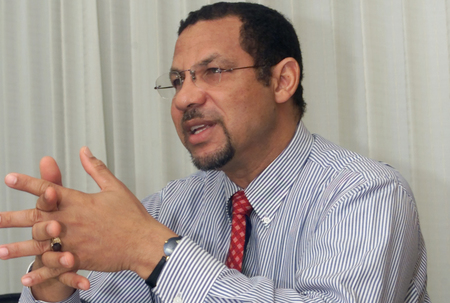 Former Minister in the Ministry of Finance, Mariano Browne suggests the sale of the state-owned Pointe-a-Pierre refinery, to the OWTU was a political decision made in an effort to revive retrenched employees; since Petrotrin’s closure in November 2018.

The refinery was sold to the Oil Field Workers Trade Union for US$700M.

The Minister of Finance, Colm Imbert made the announcement on Friday 20th September, during Parliament.

Speaking with IzzSo news today, Browne said he saw no strong buyers out of the five who were short-listed for the sale of the refinery.

Browne said the decision to sell Guaracara Refining Company Ltd and Paria Fuel Trading Company Ltd. to Patriotic Energies and Technologies Company Ltd, which is OWTU-owned, seems complicated beyond what is being told the general public.

Browne is questioning what the other bids were like and said he’s open to think that the general public will know in due course.