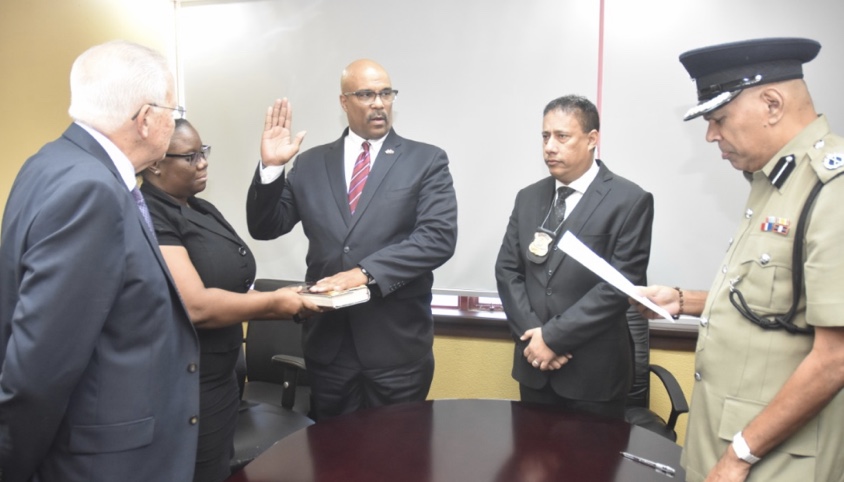 Former FBI anti gang specialist Robert Clarke, has been sworn in as a Senior Superintendent in the Trinidad and Tobago Police Service (TTPS).

Clarke will serve as a specialist Special Reserve Police Officer. According to the TTPS, Clarke is expected to assist the TTPS with best practices in dealing with homicides and gang-related activities.

After months of speculation Clarke was sworn in and will focus on identification and dismantling of gangs as he had previously responsible for dealing with gangs and violence in Los Angeles.