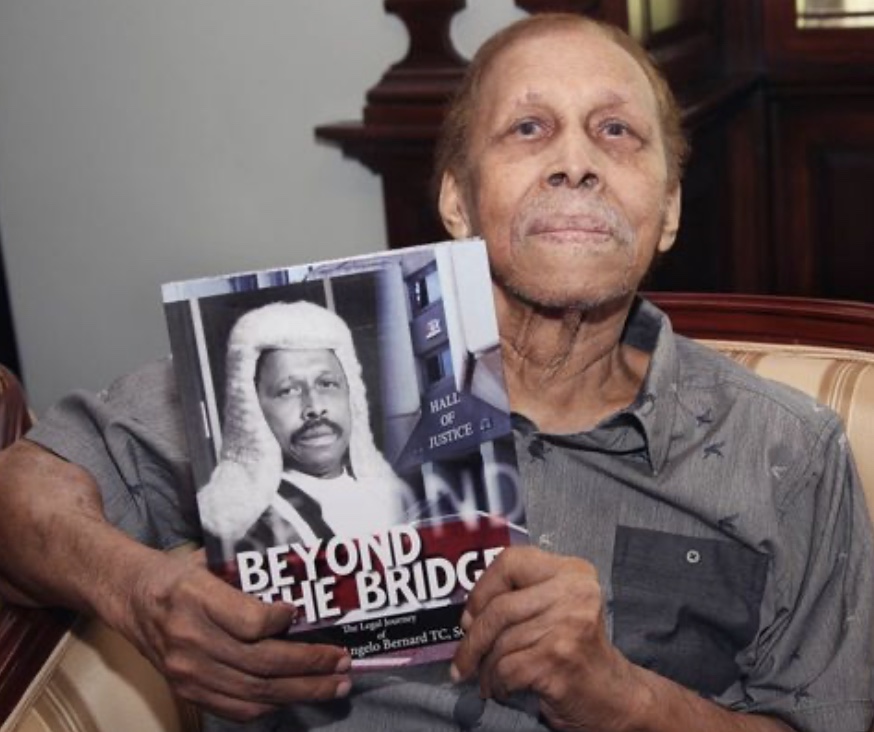 Former Chief Justice Clinton Bernard has died. He passed away at 11:30 am on Sat­ur­day at the age of 90 years old after ail­ing for some time.

Just before his passing he reportedly com­plained to his wife, An­gela Bernard, of feel­ing un­well and was ex­pe­ri­enc­ing dif­fi­cul­ty breath­ing.

His wife described the late CJ as a man who worked very hard for Trinidad and Tobago and had a passion for the Law.

At the launch of his biography, “Beyond the Bridge” in August Of last year, the retired CJ thanked his wife for staying with him through everything. The book he said then, was dedicated to her.

He leaves to mourn his wife Angela and three children Garth, Les­ley and Gi­na whom he always described as his greatest accomplishment.

He was Trinidad and Tobago,s sixth Chief Justice after Independence.

‘Racist’ doc begs Medical Board for more time to respond 0