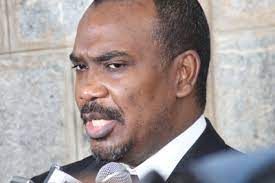 The tribunal has been set up to receive complaints from anyone detained under the SOE.

This is in compliance with the Emergency Powers (Tribunal) Regulations that President Paula-Mae Weekes issued on Wednesday, while the tribunal’s appointment was gazetted on Thursday.

The other members of the tribunal are attorneys Ian Benjamin, SC, and Ravi Rajcoomar.

The Attorney General, after consulting with the CJ, as chairman of the Judicial and Legal Service Commission, will be allowed to designate a public officer to function as secretary to the tribunal.

Under the regulations, anyone held during the SoE can, during their detention, ask for their case to be reviewed by the tribunal, which will then assign an attorney, if he/she needs but cannot afford one.

The expenses of attorneys assigned to a detainee will be defrayed out of money provided by Parliament, subject to any limitation imposed by the AG.

On reviewing a case, the tribunal may also make recommendations on the necessity, or expediency, of continuing to hold the detainee, although the authority holding the person is not obliged to act on the recommendations.

The regulations also allow the CJ to issue practice directions for the procedure to be followed by the tribunal, which will include electronic hearings.