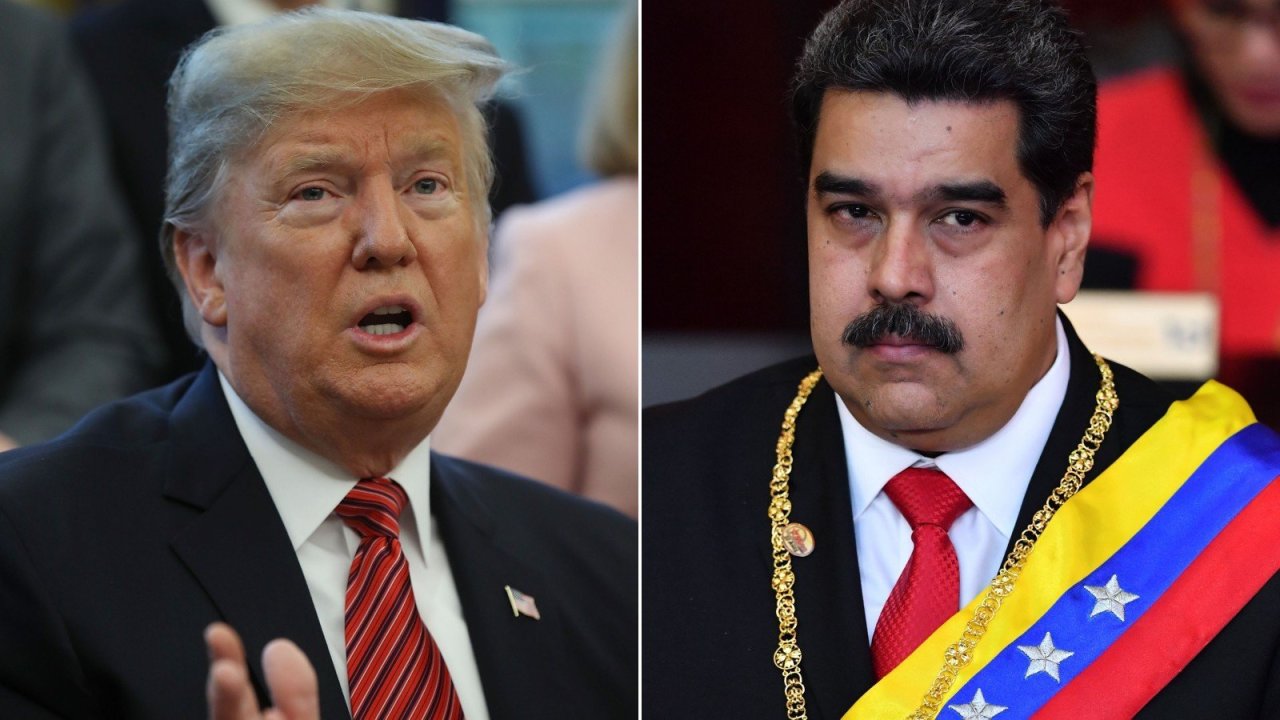 The President of Venezuela, Nicolas Maduro, reiterated on Sunday his complaint against the President of the United States, Donald Trump, who for four years had as a plan to attack Venezuela. “Trump’s main objective was to destroy Venezuela, to kill me. Now in the US they are discovering that he is a mobster, a racist, hopefully the documents will come out where the order was given to kill me, ”he said.

“They want to destroy us because we have been loyal to the image, teaching, example and legacy of Commander Chávez. We are here to build a homeland and we are building it, “he said.

From the Miraflores Palace, the national president said that the United States has entered a crisis with a great negative polarization, with a great division due to hatred, with a great public confrontation.

Maduro pointed out that on January 5th in our country an immense step was taken with the installation of a new Parliament. “We are at the beginning of a new political era, with a plural Parliament,” he stressed.

The Dignitary stressed that Venezuela wants to live in peace, “We want to live, we want peace, we want a comprehensive and sustained, sustainable economic recovery, a productive recovery. Today we are in a position to achieve it ”.

He highlighted the double standards of the United States Government, when referring to recent acts of violence: “I wonder how in the United States this is sedition, insurrection, hatred and violence and more than 100 people have been arrested who are going to put up to life imprisonment, but in Venezuela they are protests by civil society, they are heroes of civil society ”.

“They stormed the Capitol and all the media described these events as acts of insurrection, violence, sedition, hatred. They are taking a bit of their own medicine, because we have seen things like this promoted by the US against Venezuela, “said Maduro.

He said that Trump’s cruelty and hatred against Venezuela is now being discovered in the US. “What we did was plant ourselves with the laws and republican morality and we are victors of the evil of Donald Trump.”

“In Venezuela they have promoted guarimbas. How in the United States this is insurrection, violence, hatred, but in Venezuela they are heroes of civil society? Double standards, Donald Trump incites violence in the world ”, he questioned.

On the other hand, he pointed out that 86% of the population has a rejection of the plans of the United States (USA) against Venezuela, the country shows a great union in favor of peace, “the National Government it has been at the orders of the people for the construction of a vindictive system, the country’s institutions have shown their character of sovereignty and freedom in defense of the homeland, for this reason we have experienced important moments ”.

The Dignitary considered that the US entered “a crisis with a great negative polarization, a great division by hatred, a great public confrontation” between extremist sectors and social movements that “seek a great change.”

“The presidency of Joe Biden will begin in the worst scenario of negative polarization, division, hatred, confrontation, almost a pre-civil war,” he added.

He then exhorted the Americans to act in time “before it is too late and fascism takes over that country,” while stressing that Venezuela “will continue to be a trench of courageous ideas, of truth, of progressivism, of the revolutionary positions of advanced in this world ”.

Speaking time adjusted for Senators in the House 0