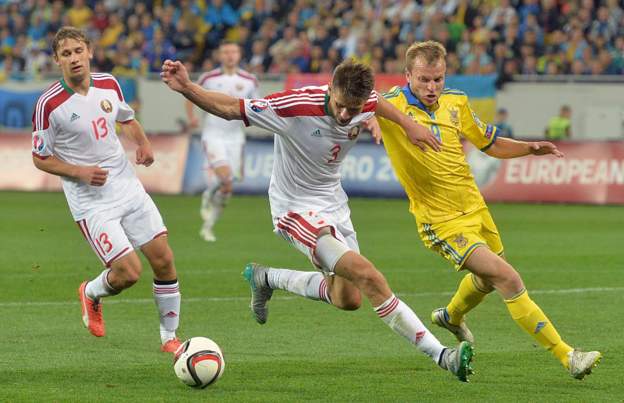 Footballers From Ukraine And Belarus To Be Kept Apart By Uefa

Teams from Ukraine and Belarus will be kept apart in international football tournaments and European club competitions until further notice, governing body Uefa has said.

Uefa suspended Russia – and Russian clubs – from its tournaments following the invasion of Ukraine, but has allowed Belarus to continue competing despite that country’s support of the invasion.

Belarus have already been ordered to play home matches behind closed doors on neutral territory, and now Uefa says it will not permit any meetings between teams from Belarus and Ukraine to ensure the safety and security of everyone involved.

The news comes the week before Ukraine’s footballers bid to qualify for the World Cup – they play Scotland next Wednesday in a match delayed by the war, with the winners then playing Wales four days later for a spot in the finals in Qatar.