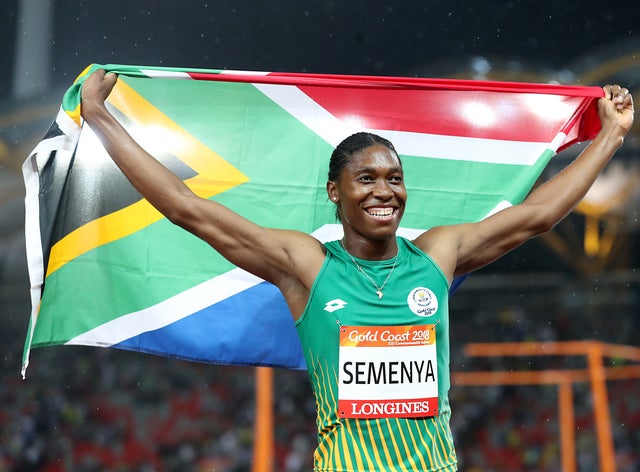 Double Olympic champion Caster Semenya could trade her running shoes for football boots as early as next year after the 28-year-old signed for South African women’s club JVW FC.

The South African athlete will not be able to defend her 800 metres title at the world championships later this month after the Swiss Federal Tribunal reversed a ruling that temporarily lifted testosterone regulations imposed on her.

Her latest move suggests that Semenya could potentially be preparing for a career outside of athletics.

“I’m grateful for this opportunity and I appreciate the love and support I already get from the team. I’m looking forward to this new journey and hopefully I can contribute as much as I can to the club,” Semenya said in a statement on JVW’s website.

Although Semenya will not be registered for the current SAFA Sasol League season, she will continue to train with JVW in preparation for a 2020 debut in the country’s top tier.

Semenya is appealing the Court of Arbitration for Sport’s ruling that supported regulations introduced by the sport’s governing body, the IAAF.

South Africa women’s captain Janine van Wyk, who owns the club, said she was delighted to have signed Semenya who took part in a practice session on Tuesday.

“I am absolutely honoured that out of all the other women’s clubs around the world, she has chosen JVW as the club where she would like to start showcasing her football skills,” she said.

“I look forward to her working with Coach Ciara (Picco) and our first team where I’m sure she will sharpen up and get ready to play in 2020.”

Semenya is not the first athlete in recent times to try to kick-start a football career, with Olympic sprint champion Usain Bolt securing a trial at Australian outfit Central Coast Mariners last year.